KGO
By by Juan Carlos Guerrero
SAN FRANCISCO (KGO) -- Hundreds of new laws are going into effect in California when the clock strikes midnight this new year.

The laws will increase the minimum wage, give new parents more time to bond with their children and increase punishment for sexual extortion.

Here is a look at just some of the new laws.

Prop 64: Recreational Use of Marijuana

Gov. Jerry Brown signed 859 bills into law in the past few months, but the one getting the most attention is one approved by voters. Proposition 64 legalized the recreational use of marijuana in November of 2016. However, retail sales of recreational marijuana were not allowed until Jan. 1, 2018. In the new year, Californians age 21 and over can buy up to one ounce of marijuana (28.5 grams) and .28 ounces of concentrates (8 grams). Keep in mind that not all cities and counties will allow retail sales of marijuana. Sales can only take place in businesses registered with the state.

SB65: Marijuana Use in Cars

Expands existing laws that control the use of alcohol in cars to include the use of marijuana. This law makes it illegal to smoke or ingest marijuana while driving or while riding as a passenger in a vehicle.

The state's lowest paid workers are getting a pay increase of 50 cents an hour. On Jan. 1, California's minimum wage will increase to $11 per hour for companies with 26 or more employees and to $10.50 an hour for businesses with 25 or fewer employees. An employee must make at least $45,760 a year to be exempt from the minimum wage increase.

Provides up to 12 weeks of unpaid maternity or paternity leave for new parents (including adoptions and foster care) who work for companies with 20 or more employees. It also protects new parents from losing job and health care benefits during time off.

Prohibits employers from seeking or asking about a job applicant's salary history, compensation or benefits. It also requires employers disclose pay scales for a position if it is requested by a job applicant.

Expands the state's current "Ban the Box" law to prohibit businesses with as few as five employees from asking about a job applicants criminal history.

Restricts local law enforcement agencies from communicating with federal immigration authorities about people in custody, except those previously convicted of felonies in the past 15 years.

Prohibit public schools, including community colleges, California State University and University of California campuses from collecting information about student citizenship or immigration status and that of their families.

Prohibits deceptive rent-to-own or leasing contracts for pet dogs or cats that do not immediately transfer ownership of the animal to the purchaser.

Tenants in new housing developments will be allowed to have one or more pets in their home if the development receives financing through state programs.

Closes a loophole in existing laws to prohibit gun owners from carrying unloaded shotguns or rifles in unincorporated areas of a county where there is a shooting ban.

AB19: Community Colleges
Waives tuition fees for one academic year to first-time students who are enrolled in 12 or more semester units and qualify for aid under a FAFSA or California Dream Act application.

California scrapped the high school exit exam in 2015. This law permanently eliminates it as a condition of graduation.

Requires public middle and high schools with a high percentage of low-income students to provide free feminine hygiene products in half of the school's bathrooms.

Drivers with certain medical conditions will be allowed to tint vehicle windshields and front and rear windows. A dermatologist certification will be required to show the driver has a medical condition, such as Lupus, that makes them sensitive to ultraviolet rays.

Allows low-income Californians to receive copies of their medical records at no cost when applying for public benefit programs such as Medi-Cal, CalWORKs, CalFresh and veterans benefits.

Safe at Home already offers victims of domestic violence, sexual assault and stalking a free post office box, mail forwarding service and a confidential address to ensure their safety. This new law would expand the program to include victims of sex trafficking.

But, not all new laws waited until 2018 to go into effect.

The state's gas tax went up 12 cents per gallon on Nov. 1, 2017, to pay for pothole repairs and improve public transit.

Some laws will take longer to be implemented, like SB179, which will allow Californians to choose their sexual identity on their driver's license as either female, male or nonbinary, and AB485, which will require that stores only sell animals that come from rescue organizations.
Report a correction or typo
Related topics:
politicscaliforniasanctuary citiescannabis watchlegislationabc7 originalsmarijuanaemploymentimmigration reformcollege studentspetcalifornia legislationpetsgun lawslawsnew year's dayimmigrationsex crimesminimum wage
Copyright © 2020 KGO-TV. All Rights Reserved.
ABC7 ORIGINALS 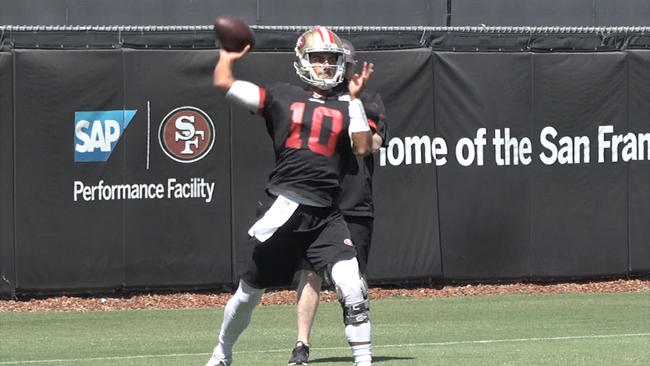