2 shot, 4 injured after shooting and crash on I-280 in Daly City 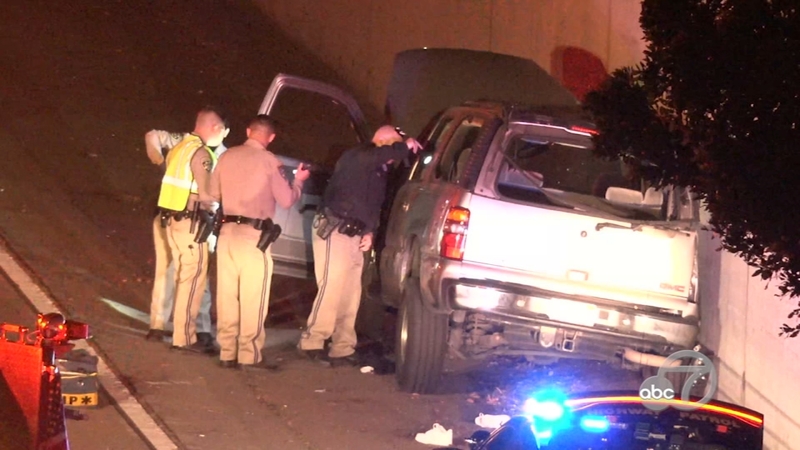 Multiple people hospitalized after shooting on I-280 in Daly City

DALY CITY, Calif. (KGO) -- Six people have been hospitalized after a shooting and crash on I-280 in Daly City early Friday morning.

A GMC Yukon was traveling southbound on I-280 south of Eastmoor Avenue when it was shot at by someone in another vehicle, CHP officers said. Firefighters were dispatched to the scene around 1:30 a.m.

The Yukon was struck multiple times by bullets that penetrated its left side. After the shooting, the suspect(s) fled the scene and the Yukon was involved in a crash when it struck a concrete wall along the right shoulder of the freeway.

Two of the six victims in the Yukon sustained non-life-threatening gunshot wound injuries, and four occupants sustained minor injuries from the crash.

No suspects have been arrested and the CHP is investigating the case.