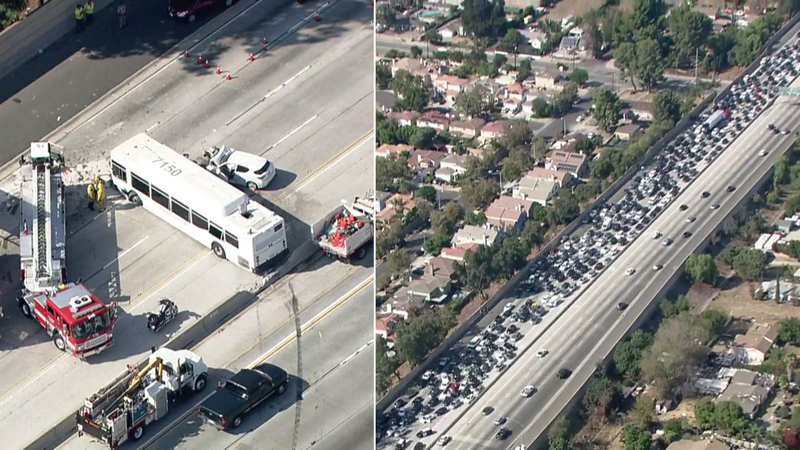 NORTH HILLS, LOS ANGELES -- Firefighters say approximately 40 people were evaluated after a multi-vehicle crash involving a bus that crashed through the center divider on the 405 Freeway in Los Angeles on Sunday.

All southbound lanes were shut down at Nordhoff Street due to the collision, which happened about 1 p.m., according to the California Highway Patrol.

Fire officials said a bus crash on the southbound side of the freeway caused more collisions on both sides of the freeway. Footage from AIR7 HD showed a transit bus crashed through a center divider.

A total of 40 patients were reported, 25 of which were transported by ambulance, according to the Los Angeles Fire Department. Five people are in serious condition, officials said.

The CHP said a Sigalert is in place for an unknown duration.