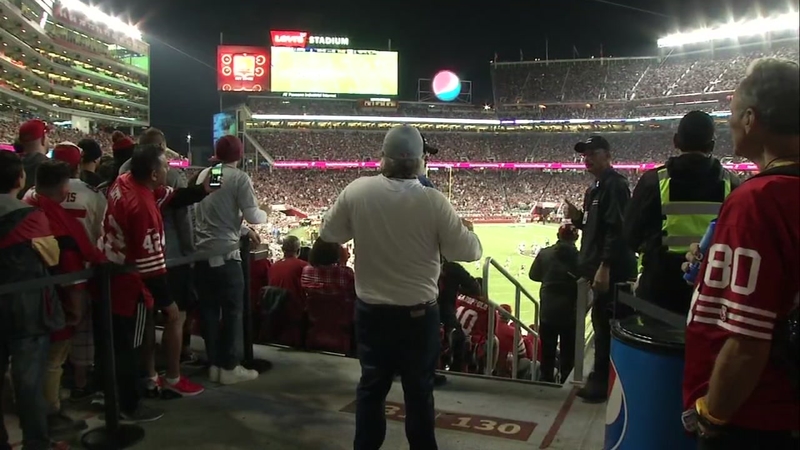 The San Francisco 49ers went head-to-head with the Seattle Seahawks. The Seahawks won, 27 to 24 in overtime.

The Niners started the night undefeated with a record of 8-0, with the Seahawks at 7-2.

Before the game, ABC7 News asked fans when they last felt confident in the Niners.

Early on, confidence among both teams led to some high expectations.

A Seahawks fan told ABC7 News, "Seahawks are going to win by 3."

In the end, the Niners' perfect record was no more.

Fans shared their reactions, immediately after the game.

Another threw his arms up and said, "I don't know what to say, my money's in the air."

One Seahawks fan stopped to tell ABC7 News, "Both teams played really well, and I think it just came down to who wanted to win. And the team that wanted to win, won."

At a time when other professional sports teams across the Bay Area are either picking up losses, or packing up to leave, Niners fans say there is no better time than now to be faithful.

"I don't know if you can sway an Oakland Raiders fan to be a Niners fan, but that's okay," Kotik told ABC7 News.

49er fan, Alexis Sosa said, "Get your tickets now! All the Raider fans, it's time to be San Francisco 49ers!"

The next game is Sunday afternoon against the Arizona Cardinals.