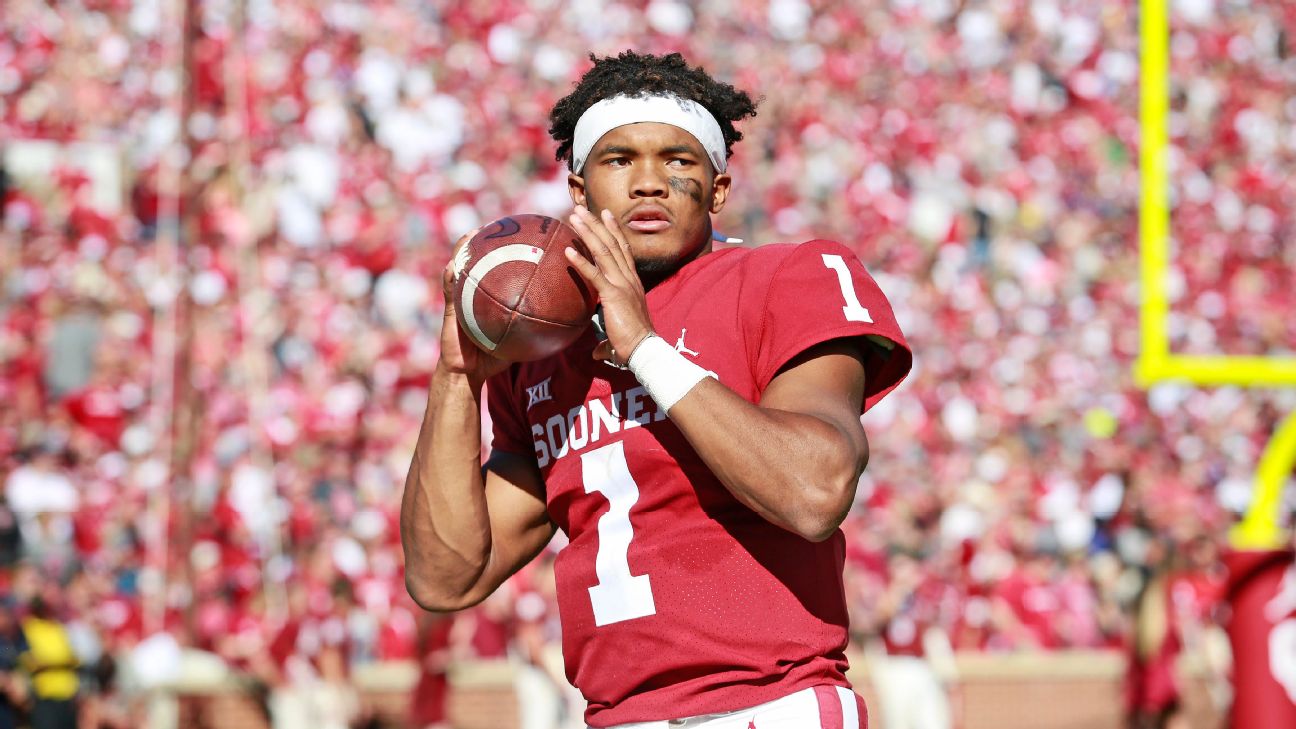 ESPN
By Kevin Seifert
Oklahoma quarterback Kyler Murray announced Monday that he will fully commit to an NFL career and at least put on hold his interest in baseball.

Here's what you need to know about a potentially historic decision.

Murray would be the first person ever drafted in the first round of both the NFL and Major League Baseball drafts, according to the Elias Sports Bureau. The Oakland Athletics drafted him as an outfielder at No. 9 overall in 2018.

Actually, he's 5-foot-9 in socks, according to Oklahoma assistant athletic director Mike Houck. There's no doubt that Murray's height adds a layer to his evaluation. According to Elias, only five quarterbacks listed at 5-foot-10 or shorter have thrown an NFL pass since 1960. The last was Doug Flutie in 2005.

Murray won the Heisman Trophy and will enter an NFL that is, at least in some quarters, less reliant on conventional scouting and more attuned to finding a way to utilize natural ability in all shapes and sizes. (See: Seattle Seahawks quarterback Russell Wilson, who is 5-foot-11.)

Murray is the kind of dual-threat player that NFL teams are more than willing to take on. In his 2018 season at Oklahoma, he posted 4,361 passing yards and 1,001 rushing yards. In their most recent mocks, ESPN draft analysts Mel Kiper and Todd McShay each projected him going to the Miami Dolphins at No. 13 overall. McShay wrote that Murray "has an electric arm and some of the best athleticism I've seen at the position in years."

Probably both. In a statement he posted on Twitter, Murray wrote that "football has been my love and passion my entire life." And though there is a perception that baseball players earn more money than football players because of their guaranteed contracts, highly drafted and/or successful quarterbacks compete well on the financial ledger.

First-round picks in the NFL get guaranteed four-year contracts. Last year's No. 1 overall pick, fellow former Oklahoma quarterback Baker Mayfield, received $32.7 million guaranteed from the Cleveland Browns. The No. 32 pick, Baltimore Ravens quarterback Lamar Jackson, was guaranteed $8.1 million. Those slots will increase along with the still-to-be-determined rise in the 2019 salary cap.

Oakland guaranteed him $4.66 million after drafting him. His next contract would have been contingent on major league success. By contrast, more than half of active NFL quarterbacks have earned at least $10 million in their careers, compared to 28 percent of outfielders, according to Spotrac. And about 11 percent of NFL quarterbacks have made at least $100 million, compared to 5 percent of outfielders.

No. According to ESPN MLB insider Jeff Passan, Murray will return $1.29 million of the $1.5 million installment he has already received from the A's. He will forfeit the remaining $3.16 million due on March 1.

Nope. They do retain his rights if he ever returns to baseball, but they won't receive a compensatory draft pick because those are reserved for teams whose draft picks never sign a contract.

Probably so, but he could always revisit it over time. The standard NFL contract prohibits players from participating "in any activity other than football which may involve a significant risk of personal injury."

The model set forth by Russell Wilson is one to keep in mind. After playing minor league baseball while he was in college, Wilson has visited major league spring training as an NFL quarterback, working out with other players and sitting in the dugout during games. He did receive one at-bat during an exhibition game, to which the Seahawks agreed beforehand.

Murray will spend the next two weeks preparing for the NFL scouting combine, which opens Feb. 26. At some point, we'll find out if he intends to throw at the combine or save that portion of the evaluation for Oklahoma's Pro Day. Teams typically seek out private meetings and workouts with quarterback prospects as well. The draft itself will take place April 25-27 in Nashville, Tennessee. 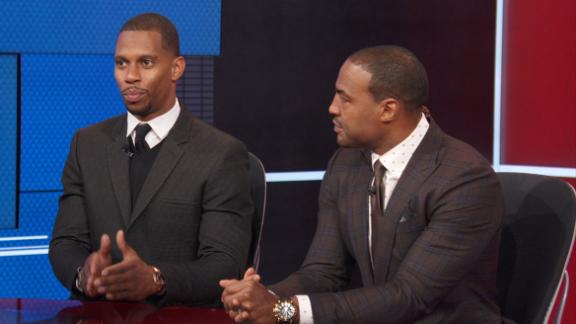