Two vandalism suspects rescued after being stranded on cliff 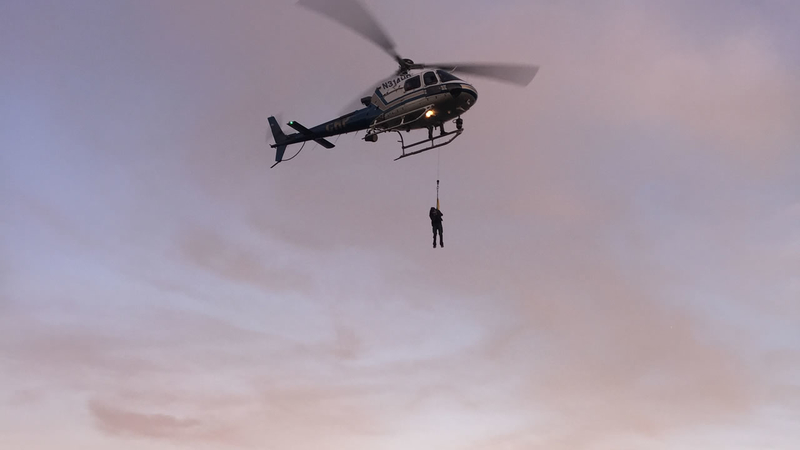 Two vandalism suspects rescued after being stranded on cliff

SAUSALITO, Calif. (KGO) -- Two men suspected of vandalizing a historic military battery at the waterfront of Fort Baker, in the Golden Gate National Recreation Area in Sausalito, are in custody.

But, before their arrests, Louis Murrillo and Zane Johnides had to be rescued after getting stuck on a cliff.

"One was approximately 50 feet down, the other was 100 to 150 feet down," said Battalion Chief Matt Barnes of the Southern Marin Fire Department.

A California Highway Patrol helicopter plucked one man from his precarious perch and lifted him into the air. Firefighters rescued the second man using ropes. They first had to create their own anchors, using large rods.

"We drive those into the ground to stabilize and secure ourselves to the land, then we go down and pick up the victim and bring them back up," Barnes added.

They were safely rescued and promptly arrested. Park rangers came upon them during regular patrols around 4:30 p.m. They were in a restricted area and they ran.

"It appears they were trying to evade them by going down the hill, and it's a very steep cliff, so as one was trying to come back up the cliff, he got stuck and started to fall down," Scott Larson, a National Park Service ranger said.

SKY7 HD captured graffiti on a historic military structure in the area, but rangers say it's too early in the investigation to know if these two men are responsible for it.

"This is closed to the public, so it's kind of a haven for people who like to vandalize and it is an historic park and historic area," Larson added.

Both men are from San Rafael and face charges including trespassing, resisting an officer and vandalism.