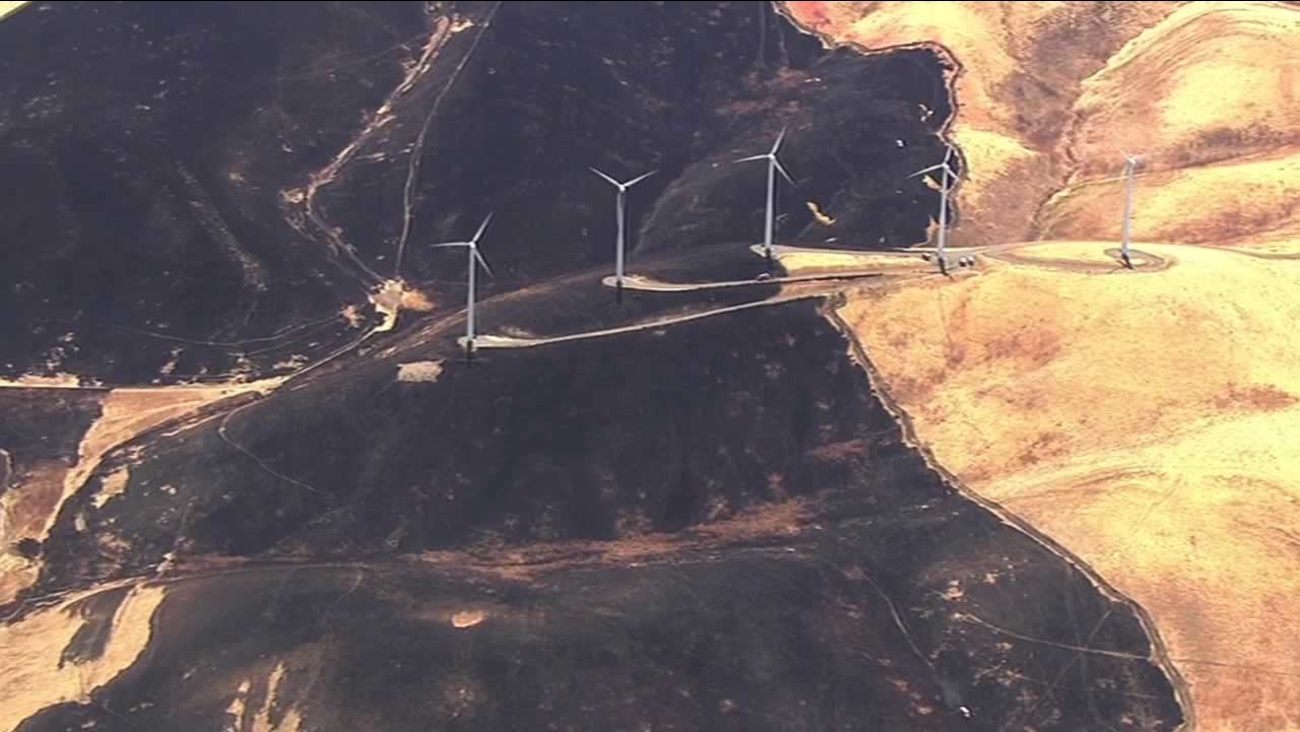 The fire in the Altamont Pass area was 80 percent contained as of about 1 p.m., according to Cal Fire.

Cal Fire reported at about 12:30 p.m. that firefighters were battling two 25-acre fires. The two fires combined into one and spread.

"This year is no different," Tolmachoff said. .

Tolmachoff said the cause of the fire is still under investigation.

The two fires have been combined to one. The #ChristensenFire (Alameda County) is now 242 acres and 80% contained.

Correction: the 2 fires in the Altamont Pass area are now one fire (#ChristensenFire) that is 242 acres & 80% contained. #AlamedaCounty