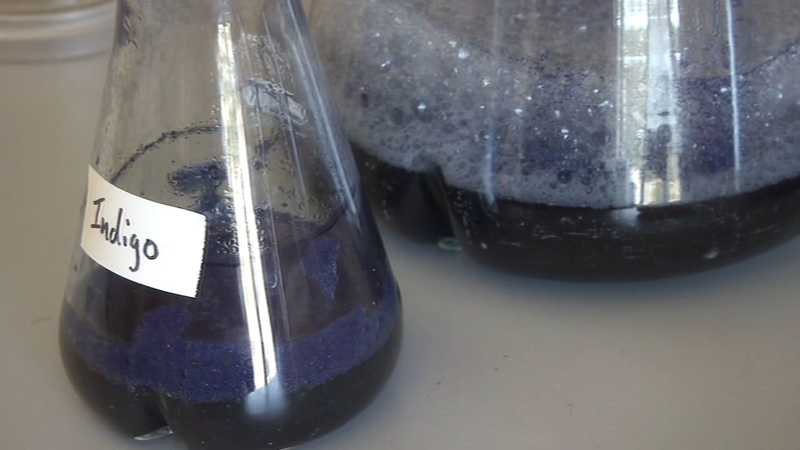 "If you simply throw it in streams, which is done in many denim dying facilities, it kills the fish in the rivers," says Berkeley researcher John Dueber, Ph.D.

To clean up the process, Dueber and his team at the University of California set out make indigo dye in a new and different way. Instead of the current petroleum based formula, they turned to plants, the original source of indigo before the 20th century.

"We realized we could take advantage of this property that's done in plants," Dueber said.

But processing the plants themselves would be expensive by today's standards. Instead, researchers turned to an increasingly powerful technique called synthetic biology. In essence, letting bacteria do the work for you.

To follow that path, Dueber's team had to start with some molecular detective work, identifying the properties that help the plants make and store indigo in the first place.

"This actually provides us a way to detect the enzymes that should be making this product," saidfellow researcher Zach Russ.

In a potential breakthrough, the team isolated an enzyme they believe is responsible for a key part of the process. The next step will be to insert it along with several other genes into a bacteria. If they're successful, Deuber envisions hundreds of gallons fermenting in mammoth tanks, spitting out the famous dye, without the dangerous pollution.

"The average American wears blue jeans four days a week, so we'd like to make the whole production chain be feasible to do here in California," says Dueber.

And perhaps, ushering in a new era of greener, cleaner, jeans.