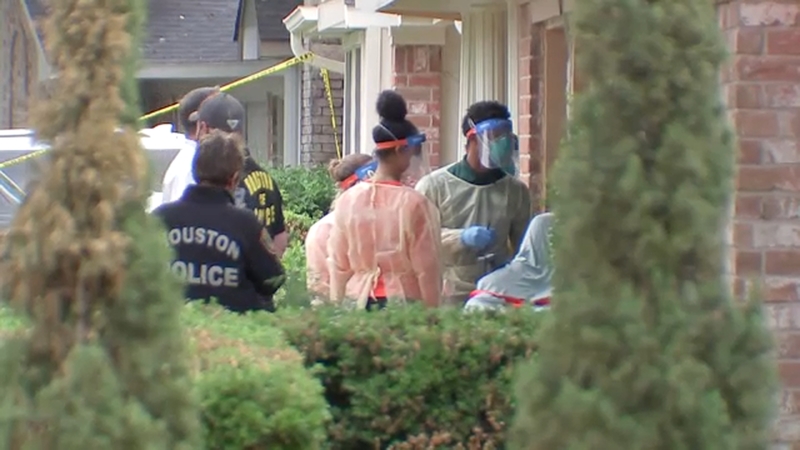 HOUSTON, Texas -- What began as a reported kidnapping in a southwest Houston neighborhood turned out to be something bigger, according to police.

More than 90 people were found huddled inside a modest two-story home on Friday, prompting the Houston Police Department to look into possible human smuggling.

Just after 1 p.m., police offered their first statements on what they found.

According to police, they were informed about the location the night before through tips, leading to a search warrant being served this morning.

There were no children among the dozens of people crowded in the home, with the youngest being a person in their early 20s. Only five women are among them, with the rest identified as males.

They also are dealing with COVID concerns. Police stated some of the people informed them that they can't smell or taste, signifying virus symptoms. Rapid tests are being administered.

Police added there are no serious injuries among any of the individuals, and investigators believe this is a smuggling case rather than a trafficking one.

Police are trying to figure out who the victims are and who is responsible for placing them in the home.

Shocking video shows smugglers using a rope to lower down a mother and her two children over a section of the U.S.-Mexico border wall last week.