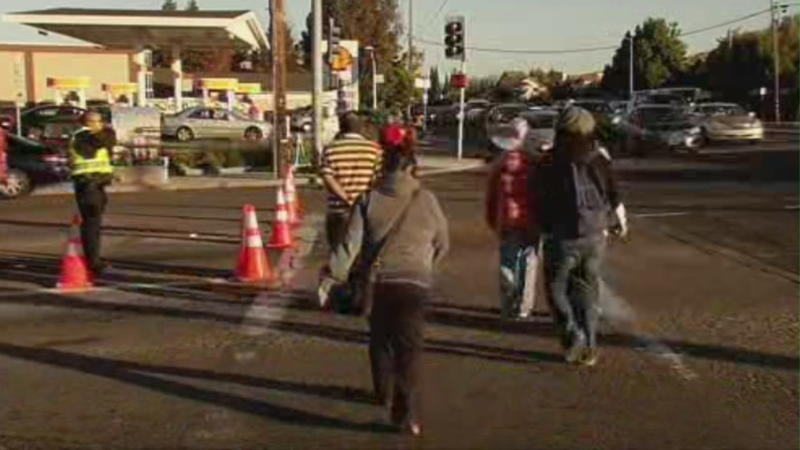 MILPITAS, Calif. (KGO) -- A man, who may have been jaywalking, was struck and killed by a car in Milpitas early Friday morning.

Nearby businesses say this area is busy and certainly not a place you would want to jaywalk.

Arriving officers found the pedestrian injured on the roadway and emergency crews pronounced him dead at the scene. he is believed to be between 20 and 25 years old.

The driver of the SUV involved in the collision stayed at the scene and cooperated with investigators. Drugs or alcohol do not appear to be a factor in the collision, according to Hernandez.

An Alameda-Contra Costa Transit District bus was nearby at the time and police have obtained video surveillance footage, which Hernandez said will be a "key factor" in the investigation.

Neighbors say there are no signs or warnings in the area. They add that they are hopeful pedestrians will learn from this tragic accident and use the crosswalk.

Officers warn pedestrians to be especially careful in the early morning hours when they cross the street because there it's still dark out, which makes it harder for drivers to see.

Anyone who witnessed the collision is asked to call the police at (408) 586-2400 and ask for the traffic investigations unit.