Car cleared from tracks after collision with Caltrain 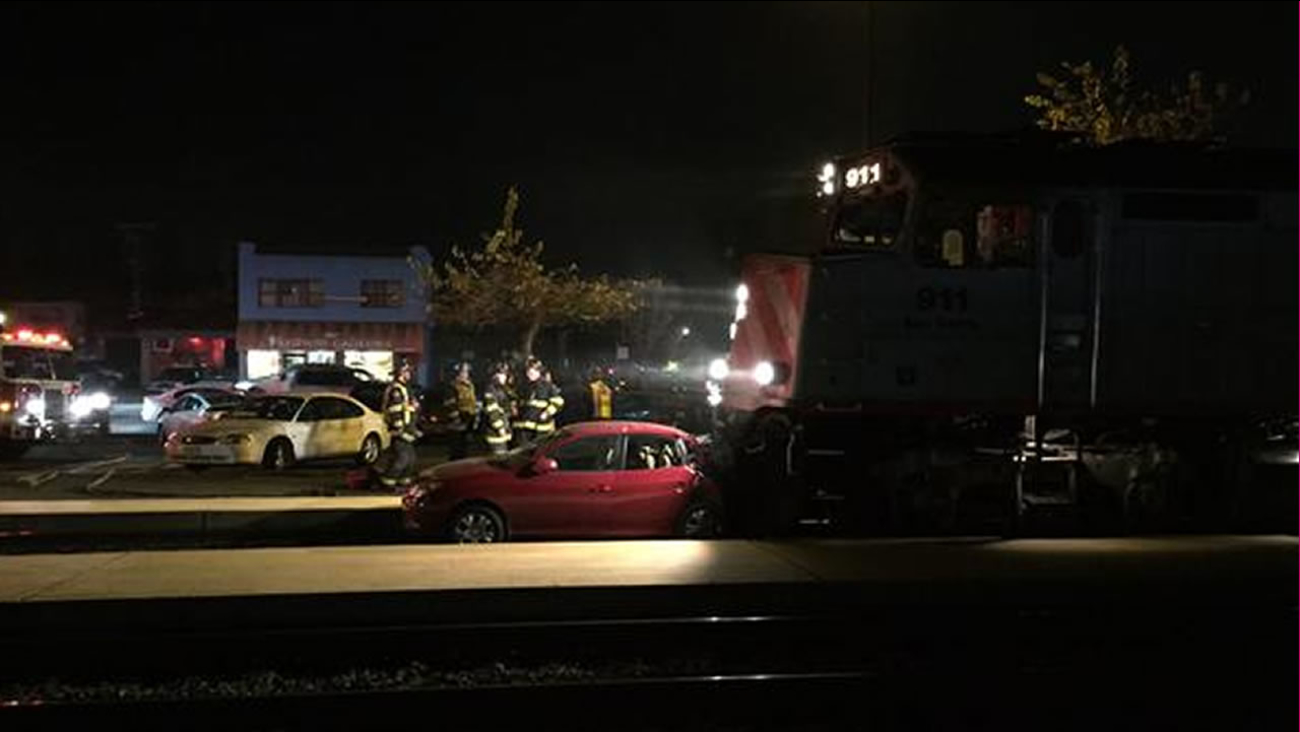 Caltrain is delayed southbound after a train hit the back of a car that was on the tracks in Burlingame at the Broadway crossing. (Photo sumbitted by @youyouxue via Twitter)

BURLINGAME, Calif. -- All tracks have been cleared and Caltrain is returning to normal service Thursday evening following a collision with a vehicle in Burlingame that caused massive delays for commuters, a spokeswoman said Thursday evening.

Southbound Train 376 struck a vehicle at Broadway in Burlingame just before 6 p.m.

The driver of the car was attempting to make a right turn and accidentally turned on to the train tracks, according to Caltrain spokeswoman Christine Dunn.

Both the driver and passenger were able to get out of the car before the train struck. There were no injuries reported in the incident.

A tow truck removed the car from the tracks around 7:45 p.m. and service was restored shortly after 8 p.m.