ABCNews
By Andrea Tuccillo via GMA 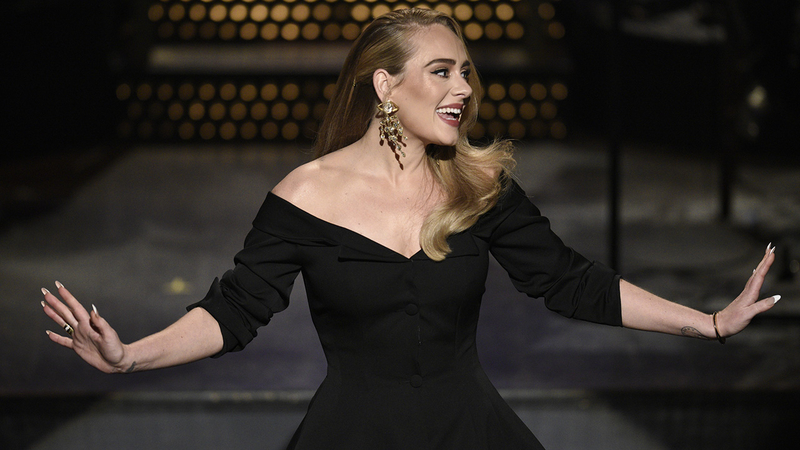 Adele breaks her silence on her divorce, new love, and upcoming album

LOS ANGELES -- Adele is officially back in the spotlight, covering both Vogue and British Vogue at the same time.

The historic dual covers for the November issue were released Thursday. The cover of British Vogue features a stunning portrait of the singer sporting a yellow corseted dress, voluminous hair and her signature cat-eye, while Vogue's cover shows Adele in an emerald green gown posing on the rooftop of the Academy Museum of Motion Pictures in Los Angeles.

In both interviews, Adele opens up about some deeply personal topics, including her divorce from Simon Konecki, her mental health, her 9-year-old son, Angelo, her relationship with her late father, and her current boyfriend, sports agent Richard Paul.

She told Vogue making her new album became a way of explaining things to her son for him to listen to when he's older.

For the first time ever Vogue and @BritishVogue profile one cover star. @Adele is back—and this reemergence is different. https://t.co/5SvEldGN5U pic.twitter.com/b7GdOcAnqY

"It's sensitive for me, this record, just in how much I love it," she added. "I always say that '21' doesn't belong to me anymore. Everyone else took it into their hearts so much. I'm not letting go of this one. This is my album. I want to share myself with everyone, but I don't think I'll ever let this one go."

Other major takeaways from the singer's interviews include:

1. She's still friendly with her ex-husband, who lives across the street from her in Beverly Hills: Although their marriage didn't work out ("Neither of us hurt each other or anything like that; it was just, 'I want my son to see me really love and be loved," Adele told Vogue), the singer and Konecki remain close and share custody of their son. "I'd trust [Konecki] with my life," she told British Vogue. "I definitely chose the perfect person to have my child with. ... That -- after making a lot of knee-jerk reactions -- is one of my proudest things I've ever done."

2. She's very happy with her boyfriend: Adele told Vogue that she and Paul, whom she met at a party a few years ago, were friends before their relationship turned romantic. "He's just so f------ funny," she said. She added that he "just incredibly arrived" just before her father died earlier this year and has made her feel safe. "I don't feel anxious or nervous or frazzled. It's quite the opposite. It's wild," she said. "I'm a 33-year-old divorced mother of a son, who's actually in charge. The last thing I need is someone who doesn't know where they're at, or what they want. I know what I want. And I really know what I don't want."

For the first time in history #BritishVogue and @VogueMagazine share a cover star: @Adele. In her first interview in 5 years, she speaks with @GilesHattersley about body image, romance, divorce, single parenthood and her “self-redemption” album: https://t.co/kcs689YMhl pic.twitter.com/EoKSv2CAzh

3. Her body transformation was 'never about losing weight': In her interview with British Vogue, Adele said that she became "quite addicted" to working out because "I needed to get addicted to something to get my mind right." Now she works out two or three times every day: weights in the morning, a hike or boxing in the afternoon and cardio at night. "People are shocked because I didn't share my 'journey.' They're used to people documenting everything on Instagram, and most people in my position would get a big deal with a diet brand. I couldn't give a flying f---," she said. "I did it for myself and not anyone else. So why would I ever share it? I don't find it fascinating. It's my body."

4. She wants her son to remain grounded: Her son, Angelo, doesn't quite understand that his mom is famous, Adele told Vogue. She's also working hard to help him learn about privilege. "It's not only going to be because he's a white man. It's also going to be because I'm his mom. And I want him to notice that," she said. "He needs to earn his way through life."

5. She and her father mended their relationship prior to his death: Much has been made of Adele's complicated relationship with her father. "We actually got our peace, again contrary to reports," she told British Vogue. "I played him my album just a week before he passed, over Zoom. One thing that definitely happened in my divorce was that it humanized my parents for me. Big time. I went to hell and back! ... And in that I found the peace to forgive him."
Report a correction or typo
Related topics:
arts & entertainmentadelemusic newsotrc
Copyright © 2022 ABC News Internet Ventures.
MUSIC NEWS
Regina King's son, musician Ian Alexander Jr., dead at 26
'We Don't Talk About Bruno' climbing up the Billboard charts
Britney Spears responds to her sister's tell-all book, interview
Jamie Lynn Spears talks family fame, relationship with Britney
TOP STORIES
North Bay anti-vaccine activists protest mandates
After the omicron wave, what's next for the COVID pandemic?
Families reflect on the 2 years since 1st COVID case in US
US draws down Ukraine embassy presence as war fears mount
How to use regular bills to boost your credit scores
Climate expert says CA may see more unusual winter wildfires
Colorado Fire in Monterey Co. 1,050 acres, now 25% contained
Show More
The SF Standard: 'The Curtis Family C-Notes'
Family demands justice after 23-year-old woman found dead after date
Tax filing season starts Monday. What to expect for 2022
5 tax changes that can boost your refund this year
Sen. Kyrsten Sinema formally censured by Arizona Democratic Party
More TOP STORIES News