Remembering 'Jeopardy!' legend Alex Trebek, who was born 81 years ago on this day 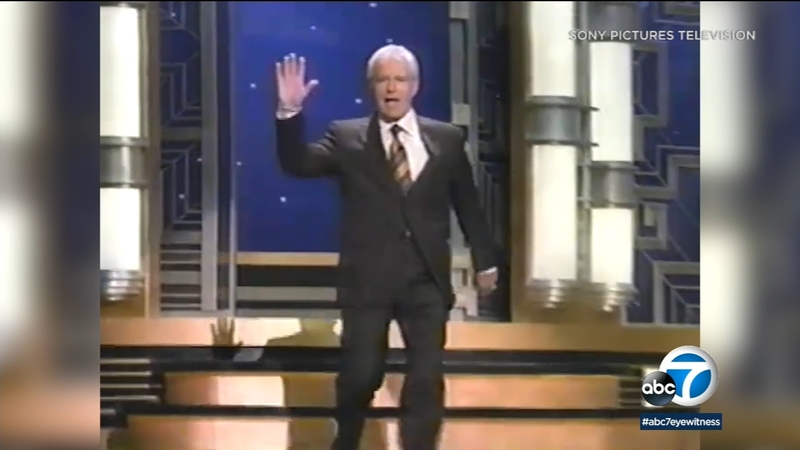 NEW YORK -- There's no question: Alex Trebek is dearly missed by all his fans.

Eight months after his death and six months after his final "Jeopardy!" episode aired, the legendary game show host is being remembered and celebrated on what would have been his 81st birthday.

Trebek was born on July 22, 1940. He died in November 2020 after his open and public battle with stage 4 pancreatic cancer.

For nearly four decades, with style and a sense of humor, he was the man with all the answers who asked for questions and earned a place in the Guinness Book of World Records for the most game show episodes hosted by the same person.

He was a master of the format, engaging in friendly banter with contestants and appearing genuinely pleased when they answered correctly. He was also able to move the game along in a brisk no-nonsense fashion whenever people struggled for answers.

He has won seven Daytime Emmys for his work on the show and received a lifetime achievement Emmy award in 2011.

Trebek had served as the face of the game show since its debut in daytime syndication in 1984. With more than 8,200 episodes under his belt, he holds the Guinness World Record for Most Game Show Episodes Hosted by the Same Presenter.

The game show host celebrated 36 years with "America's favorite quiz show" in September and released his memoir, "The Answer Is ...: Reflections on My Life," in July.

In March of 2019, Trebek had announced his diagnosis in a video message released on "Jeopardy" social media accounts.

"Normally the prognosis for this is not very encouraging, but I'm going to fight this and I'm going to keep working," he said. "I plan to beat the low survival rate statistics for this disease."

The final episode Trebek taped before his passing aired on Friday, Jan. 8, 2021. It had no final farewell, and no last remarks or special goodbye from the host who did not know he would die less than two weeks after recording his final episode.

Trebek signed off by saying, "Thank you, ladies and gentlemen, for spending the time with us. We'll see you again next week."

The show has not yet named Trebek's permanent replacement. A series of interim guest hosts, including ABC News anchors George Stephanopoulo and Robin Roberts, actor LeVar Burton and the show's "Greatest of All Time" Ken Jennings, among others, are emceeing the program in his absence.