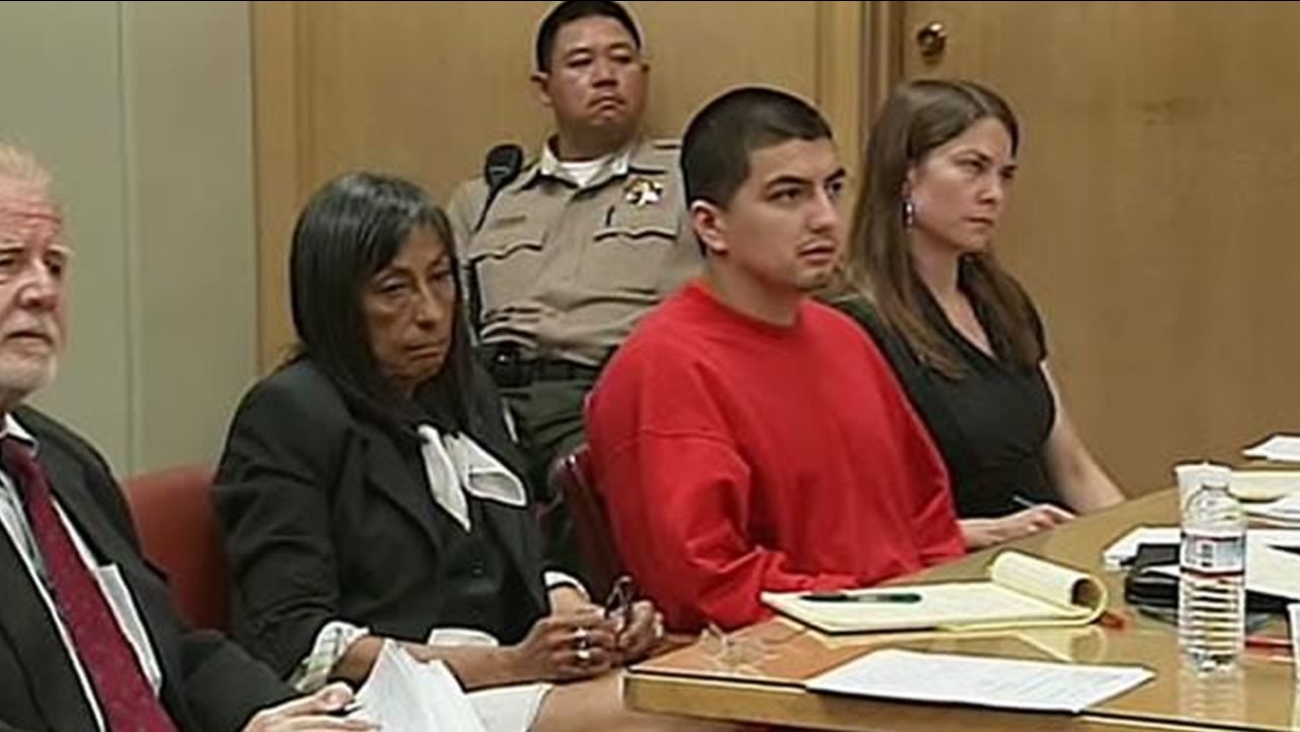 SAN FRANCISCO -- A state appeals court in San Francisco has upheld the conviction and three consecutive sentences of life in prison without parole for a former MS-13 gang member in the killing of a father and two sons in the city in 2008.

Edwin Ramos, 27, was convicted in San Francisco Superior Court in 2012 of first-degree murder in the fatal shootings of grocery store supervisor Anthony Bologna, 48, and his Michael, 20, and Matthew, 16, as they sat in their car on the afternoon of June 22, 2008.

Prosecutors alleged that Ramos mistook the victims for members of a rival Norteno gang and that the murders were in revenge for the shooting and wounding of a fellow MS-13 gang member in the city earlier that day.

Ramos was also convicted of the attempted murder of a third son, Andrew Bologna, 18, who ducked down and survived the attack and later testified against Ramos at his trial.

The victims were returning from a family picnic at the time and were shot from a Chrysler that stopped about one foot away from the family's car at an intersection near their home in the city's Excelsior District.

Andrew Bologna testified at the trial that Ramos, the driver of the Chrysler, fired the shots. Ramos, testifying in his own defense, admitted he was the driver, but claimed that an associate, Wilfredo Reyes, who was a passenger, was the shooter.

Reyes, 32, was arrested in North Carolina two months after Ramos was convicted and is awaiting trial on similar charges.

Ramos, who had come to San Francisco from El Salvador as a teenager and remained on an expired visa, admitted on the stand that he had been an MS-13 member, but said he left the gang in 2006 and moved to El Sobrante to live with his wife's family.

The trial jury deadlocked on an additional count that alleged that Ramos personally fired the gun, but under the first-degree murder verdict, Ramos was found responsible for the killings regardless of who was the shooter.

A three-judge panel of the Court of Appeal unanimously upheld the conviction in a ruling issued Wednesday.

The court rejected Ramos's appeal arguments that the trial judge allowed prejudicial evidence about his gang membership and that statements he made to police two days after the shooting should not have been allowed as evidence.

The court said the daylong police interview was not an involuntary confession because Ramos knowingly gave up his right to have a lawyer present and was not coerced or threatened during the taped session. In the statements, Ramos admitted being the driver but denied being the shooter.