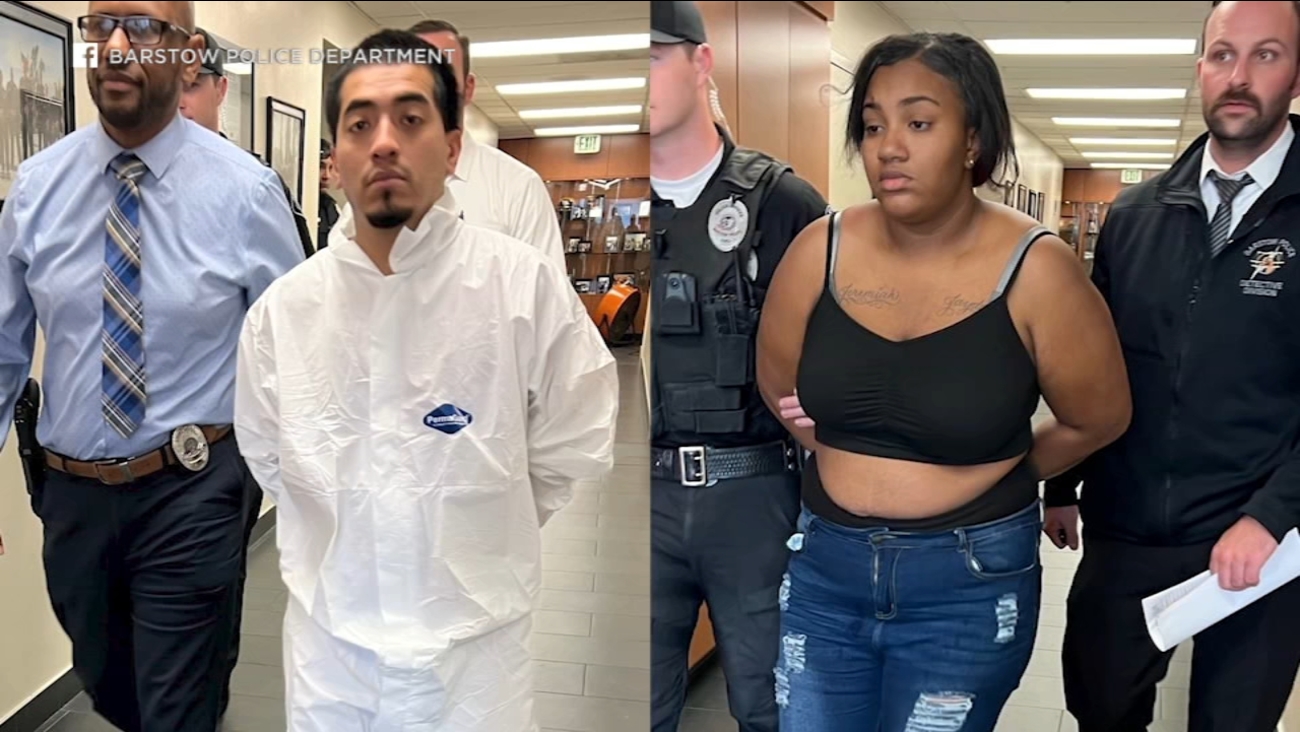 BARSTOW, Calif. -- A Barstow, California father and mother were arrested on suspicion of murdering their 1-year-old son who was found with injuries stemming from abuse, police said Tuesday.

An investigation into the suspects, identified as 27-year-old Ricardo Mendez and 24-year-old Antanita Miller, began when Barstow police was contacted by the Pomona Police Department Monday around 11 p.m.

Pomona police responded to the Pomona Valley Hospital to investigate the death of a one-year-old boy who arrived at the facility unresponsive and with "injuries consistent with ongoing abuse," the Barstow Police Department said in a news release.

"The officers observed visible signs of trauma to the victim's body such as lesions, bruising, and burn marks," the news release said. "Some of the injuries appeared to be in different stages of the healing process."

The child was pronounced dead by medical personnel when he was taken to the hospital.

As the investigation continued, Pomona police detectives determined the injuries likely happened in the child's Barstow home, where he lived with his parents. The child died from his injuries in Barstow before his parents drove to Pomona to meet family, police said.

When Pomona police contacted the department in Barstow, detectives and investigators responded to the child's home in the 700 Block of East Virginia Way in Barstow and to Pomona Valley Hospital.

Police said family members found the child's lifeless body in the back of the suspects' vehicle and immediately drove the child to this hospital.

Miller initially stayed at the family home but later went to the hospital, where she was detained. Mendez left and was later detained in the 2100 block of Spencer Street by Pomona police, according to the news release.

A search warrant by detectives in Barstow at the suspects' home and on their vehicle uncovered "items of evidence believed to have been used during the assault on the victim."

Mendez and Miller were booked at the West Valley Detention Center in Rancho Cucamonga for murder. Mendez was also arrested for parole violation.

Police ask anyone with information to contact detective Matthew Helms at (760) 255-5132 or atmhelms@barstowca.org. Anonymous information can also be submitted by calling the WE-TIP hotline at 1-800-79-CRIME (27469).