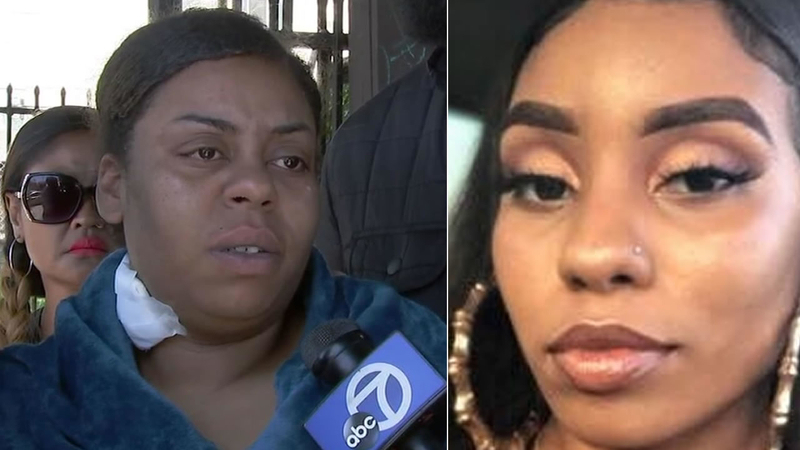 OAKLAND, Calif. (KGO) -- Letifah Wilson spoke to ABC7 News outside a family member's home Monday about a brutal attack in which BART police say John Cowell stabbed both her and her sister at the MacArthur BART Station Sunday night.

Her 18-year-old sister Nia Wilson passed away at the scene. A manhunt was underway on Monday for Cowell. The 27-year-old was arrested in the early evening and was booked on assault with a deadly weapon, violating parole and first degree murder.

"I'm her protector and I feel like I didn't protect her," said Wilson.

"She's just yelling my name, 'Tifah, Tifah, Tifah,' and I said, 'I got you baby, I got you,'" said Wilson as she described the unprovoked stabbing.

Wilson said she responded by telling her sister she loved her.

"We're gonna get through this, I got you, you're my baby sister," said Wilson.

Wilson says she was with two of her sisters, including Nia, heading home from a family function. She says they never saw Cowell or exchanged words with him prior to the stabbing.

"All of a sudden we transfer just to get blindsided by a maniac, for what I don't know," said Wilson.

"I looked back and he was wiping off his knife and stood at the stairs and just looked. From then on I was caring for my sister," continued Wilson.

Wilson says a woman with a stroller that she and her sister had allowed to pass earlier gave her a baby blanket to apply pressure to her sister's neck.

Wilson says she was also hurting because Cowell had stabbed her after stabbing Nia.

She says when other BART passengers attempted to stop Cowell, he ran from the scene.

Describing her sister, Wilson said, "That's my heart, she was my heart, no matter our ups and downs we still come back to each other like it was nothing."

She says the family hadn't seen Nia in six months because she was with her mom's side of the family. Wilson also says they rarely took BART.

A heartbroken father is demanding justice after his daughter was killed in a stabbing at a BART station Sunday night.

"As young black women, we shouldn't have to look behind our back you know, we should be living freely like everybody else," said Wilson.

"He just felt upon himself to take his anger or whatever the case may be out on innocent women," Wilson continued.

Nia's nickname according to her family was PG, short for pretty girl. They say she loved to spend lots of time getting ready and doing her makeup.

The godfather of Nia Wilson has asked the African-American community to 'stand down' while police investigate fatal stabbing at MacArthur Station in Oakland.

Wilson says her baby sister wanted to be a lawyer or do something in criminal justice. Also that she wanted to have a dance studio and her own makeup line.

As for her own injuries, Wilson has stitches in her neck.

"Missed the artery, thank God, missed the veins, it's pretty deep and he tried to swing twice hit me in my head, so I have a knot in my head," said Wilson.

"I want justice for my sister," said Wilson. 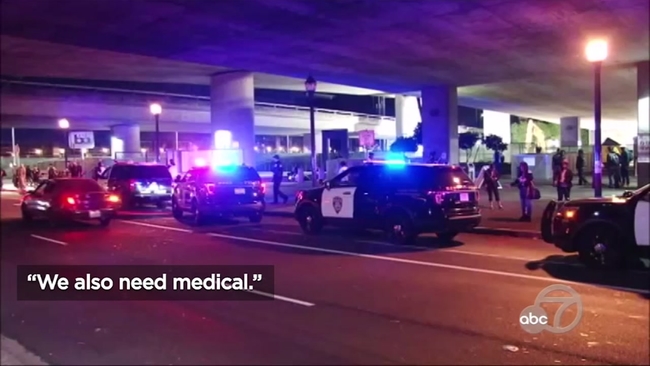