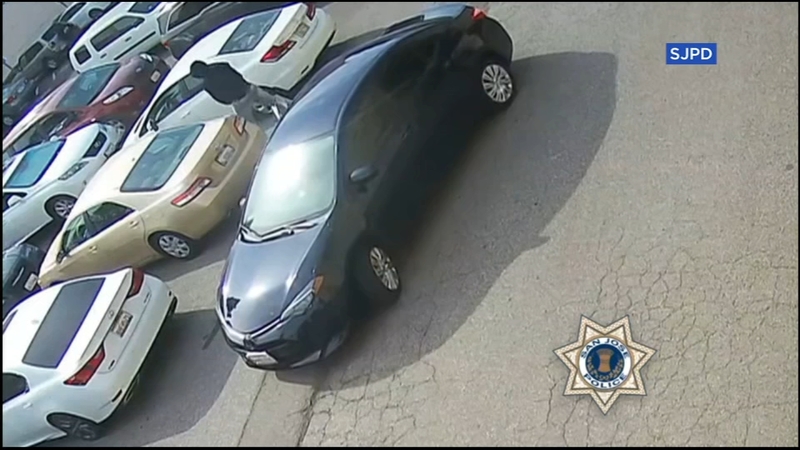 SAN JOSE, Calif. (KGO) -- We're learning stunning new details about how San Jose police worked with agencies across the Bay Area to make six arrests in the case of more than 170 hate crime attacks and robberies of Asian American women. What was said by at least one of the suspects arrested shows how unfounded stereotypes showed his intent.

Many suspects preyed upon victims while in parking lots, similar to a video used in a police investigation coming out of Oakland where two Asian women in their 80's and 90's were brazenly attacked for their handbags.

"The callousness of these crimes we could not get past...you can dehumanize the population literally by treating them as storefronts, instead of people," said Supervising Deputy District Attorney of Santa Clara County Marisa McKeown.

She says the primary suspect Anthony Robinson, who faces up to 95 years behind bars, targeted multiple Asian women daily. Prosecutors were stunned by what he admitted.

Court documents show Robinson said was deliberately targeting Asian victims on the mistaken and prejudice belief that they did not believe in bank accounts.

WATCH: 'What the hell is wrong with us?' Newsom condemns anti-Asian racism
EMBED More News Videos

The "unprecedented," as McKeown called it, effort between SJPD and other agencies lasted more than a year.

McKeown also clarified why three of the men, Malik Short, Hassani Burleson-Ramsey and Derje Damond Blanks were released from custody.

"Not every member of this criminal group had an equal role. Mr. Robison, involved in the voluminous incident, some other individuals participates in, so different in charging decisions," said McKeown.

Additional charges for all six men will soon be announced. McKeown says the investigation is far from over and acknowledged dozens of more unsolved incidents. Her message to Asian Americans in our community:

"Don't lose hope. We're trying to solve these and hold these cases accountable, we know there are more suspects out there. Just because they haven't been charged doesn't want them to know they won't be," said McKeown.