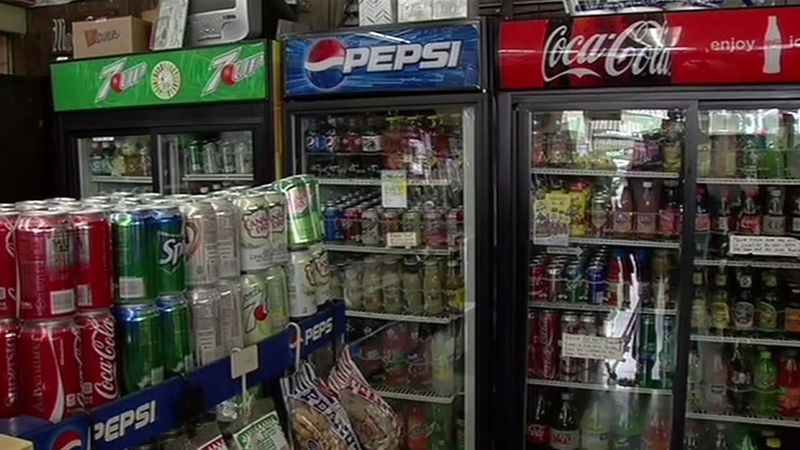 Berkeley says $116K made so far from new soda tax

BERKELEY, Calif. (KGO) -- Berkeley is the only city in the nation with a soda tax. It passed last November and now city officials and local businesses have some indication of the impact; at least in dollars and cents.

Some businesses are grumbling, but officials at city hall are very excited. On Tuesday night, for the first time, a special commission mandated by the voters is going to get together to try to figure out how to divvy out the tax dollars with the focus on how they can improve children's health.

The tax is a penny an ounce not just on soda but also on energy drinks, sweet teas, and other surgery beverages. Kiki Assefaw, manager of Bob's Liquor in Berkeley, says it's hurting business.

"Yeah we've seen a difference," he said. "You know, it's not like it used to be. Customers now don't want to add that extra money on the taxes and on the same time they start complaining about it."

But city officials are cheering. They have their first data. It's from March -- $116,000, putting them on pace to collect perhaps as much as $1.5 million this year. The money is earmarked for public health with half going to the school district.

"Fifty percent of our African American and Latino kids who are 13 years of age are predicted to have diabetes in their lifetime," said Berkeley City Councilmember Laurie Capitelli. "What we had to do was do something."

The beverage industry spent $3 million trying to defeat the measure and says complying is an operational and financial burden.

"If the goal was to make it much more difficult for businesses in Berkeley to do business, then they succeeded," said Rober Salazar with the American Beverage Association. "If the goal was to improve health outcomes, I'm not sure that's happening."

"I have seen people come here to buy sodas this year because there's no tax on the soda that we sell," he said.