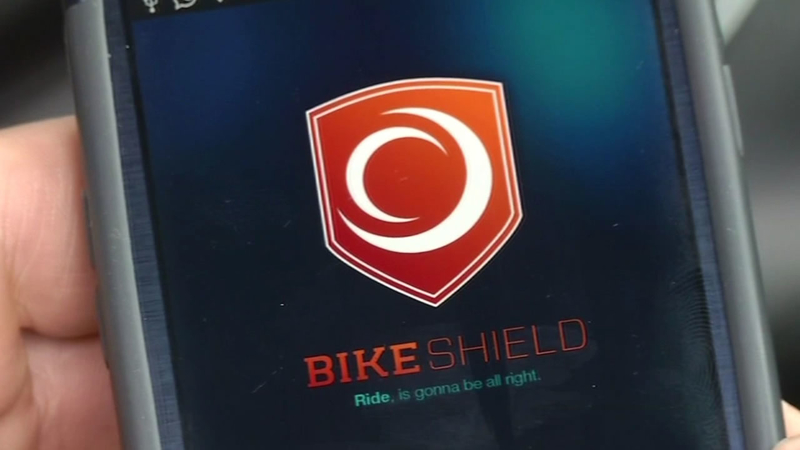 MOUNTAIN VIEW, Calif. (KGO) -- If you ride a bicycle or a motorcycle, it's likely your number one fear is being hit by a driver who doesn't see you.

A small company is trying to change that dynamic using something drivers and riders have in common -- their smartphones.

Maybe it's happened to you. You're driving your car when a motorcycle or a bicycle seems to come out of nowhere. Or maybe you were the one on the bike.

"Because he's not seeing me right now and I thought, 'Well, I have a phone and he has a phone,'" TDG Company CEO Pere Margalef said.

Margalef dreamed up the app, called BikeShield. You download it for free and will probably only have to open it twice.

"Put your phone in your pocket or in your backpack, forget about it and that's going to be sending warnings to car drivers who also have the app," Margalef said.

For drivers, the app runs in the background. It automatically turns on when your car starts moving and then warns drivers a few seconds before they would be able to see the approaching bike.

BikeShield is free to both riders and drivers. They way they'll pay for it is through partnerships, some of those with local governments that could actually make city streets safer.

San Francisco's undertaking a huge project to make the streets safer for bikes. But for BikeShield to make a dent in the problem, lots of people have to use it.

So they want to partner with city bike share programs, to be built into the bike share app and running on city buses.

"Especially considering buses and bicycles get in accidents all the time, and so it'll really help us kind of minimize those crash accidents," Burnstein said.

They'd charge cities a fee but give them something in exchange -- a goldmine of data.

"So they can have an idea of which streets are being used for bicycles, where do we need to add bike lanes," Burnstein said.

For drivers, don't be surprised if BikeShield alerts soon become an option in your new Android-enabled car or your navigation software.

"That's our goal, to become the Waze of bicycles. In fact, we'd love to partner with Waze because they have the cars, we have the bicycles," Margalef said.

Big dreams for two guys who are still doing this part-time. Now, they're raising money on Indiegogo to make those dreams a reality.