'Black Widow' is high on female empowerment, emotion and action 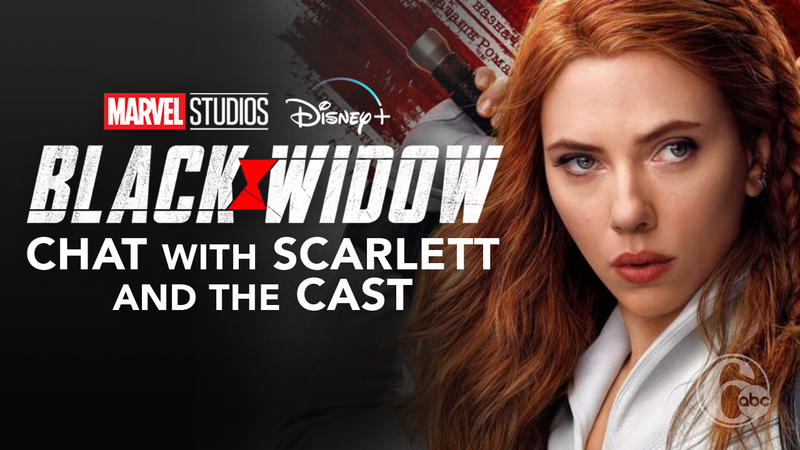 Alicia Vitarelli talks to the cast of 'Black Widow'

PHILADELPHIA -- Black Widow is finally getting her own standalone Avengers story, and it's hitting theaters and Disney+ on Friday.

The emotion in the movie is matched only by the action.

"The great thing about making this movie is that we didn't have to make it, which is always a good place to start," said Scarlett Johansson, who plays Natasha Romanoff/Black Widow. "It was daunting in some ways because of that, but it also was really liberating."

The film's release was delayed 14 months because of the COVID-19 pandemic, and fans have been anxiously waiting to watch as Black Widow's back story gets unraveled.

Black Widow is finally getting her own standalone Avengers story, and it's hitting theaters and Disney+ on Friday.

"Right from the beginning, the film has been about what is intimate, and also what is epic," says director Cate Shortland, the first solo female director in the Marvel universe.

The two connected as actors and friends.

"On the first day, we were doing these trust exercises and we were both giggling about how silly we felt and that was cool," Pugh said.

"I laughed and cried," said Rachel Weisz, who plays the mother figure, Melina.

"I put on that super suit thing and I've never geeked out so much," said David Harbour, who plays the father figure and fallen superhero.

It's a cast of Marvel super fans, all wanting this deep dive into Natasha's past as much as we do.