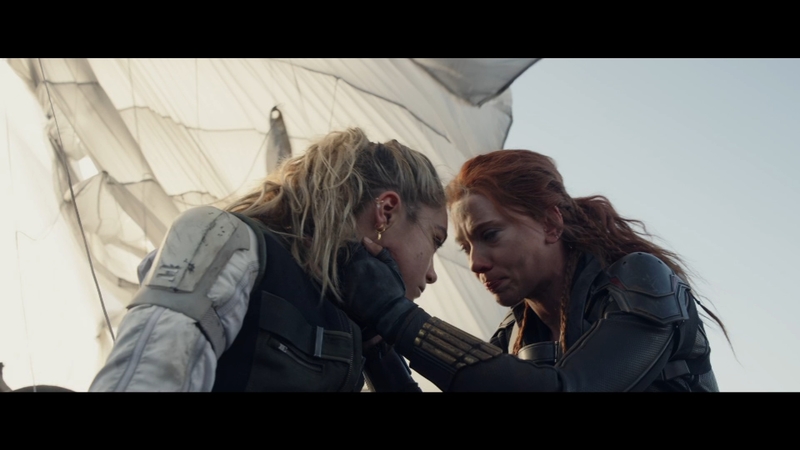 It's been two years since the last Marvel movie hit the big screen, and there's already evidence of pent-up demand.

"Black Widow" grossed $13.2 million in preview showings on Thursday night, and The film is projected to gross $80 million or more before Monday.

It's poised to make history as the highest grossing blockbuster since the pandemic began.

The movie cost more than $200 million to make, and the action reflects that high price tag. But at the heart of this huge project, is a story about a very unusual family.

"(They) have all these missed connections, and this remorse, and this guilt," said actor David Harbour. who plays the dad also known as Red Guardian. "And then in the middle of the movie, we really do milk the hell out of this connection, this re-connection."

Both women were trained as assassins.

RELATED | 'Black Widow': A chat with the cast ahead of Friday's premiere
EMBED More News Videos

It's the Marvel blockbuster fans have been waiting for. "Black Widow" is coming to theaters and on Disney+ Premiere Access on Friday.

"There were so many layers," Pugh said. "(There are) lovely moments between us on camera, because we did feel that comfortable and we did have that friendship from the get go."

In the midst of all the action are scenes of astounding intimacy, which can be tough to achieve in an action-packed blockbuster.

"You have to carve out those moments intentionally," Johansson said. "When you're on a huge set piece that takes two weeks to shoo, and you're kind of a scramble to get all the pieces, it takes a really competent director to say, 'Wait a minute, before we move on from this, I want to get one closer.'"

Cate Shortland was the director in charge.

"We wanted people to see her as a human being first and see her struggles," she said.

"Black Widow" movie director Cate Shortland talks about bringing this Marvel extravaganza fans have been waiting for to life.

Shortland typically has about 30 crew members on set with her when she's making one of her independent films, but here she had more than 300.