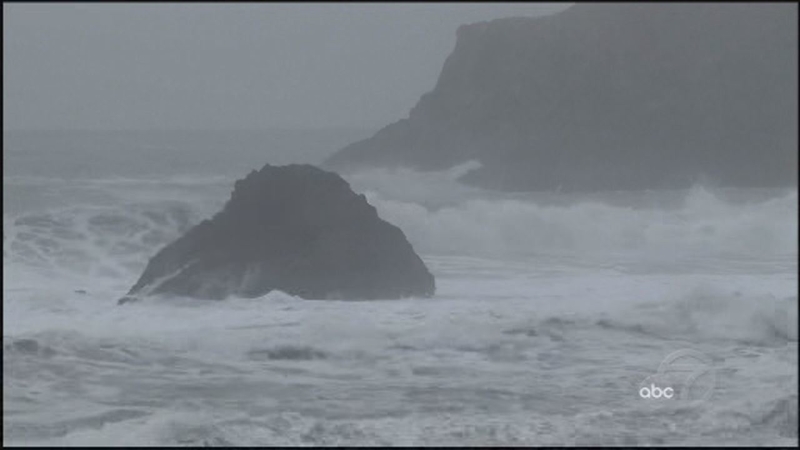 SAN FRANCISCO (KGO) -- A series of storms soaking the Bay Area this week have already proved to be dangerous.

A father died Sunday while trying to save his children at a Sonoma County beach, according to officials.

A High Surf Advisory is in effect until 11 p.m. Tuesday.

"Do not turn your back on the water," warned Nicco. "Do not let your animals off their leashes. Do not go out on any of the jetties or the rocks, just stay away as far as you can and admire the energy from a safe distance."

The sheriff's office says a father was trying to rescue his two children, ages 4 and 6, at Blind Beach near Jenner, Calif.

A friend and his wife dragged his body out of the water around 2 p.m., Lt. Michael Raasch with the Sonoma County Sheriff's Department told ABC7 News. Deputies are still searching for the missing children.

He says the surf conditions are "very rough" and even strong swimmers would have trouble.

Nicco says the dangerous surf, which will continue until at least 11 p.m. Tuesday, could return this week with two others storms in the forecast.