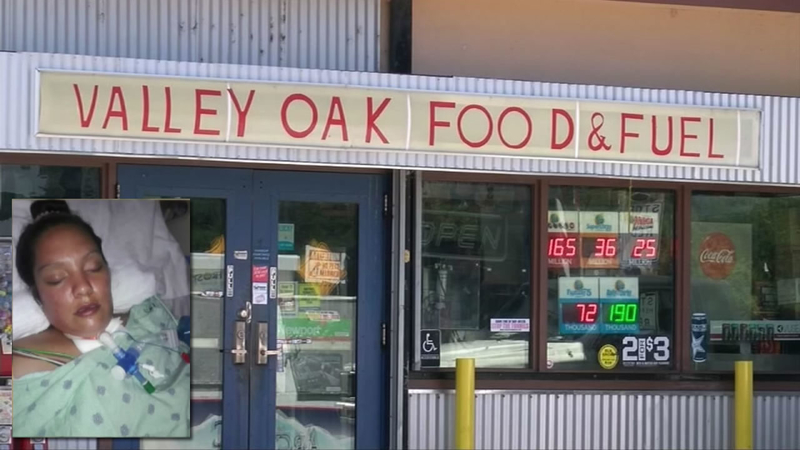 WALNUT GROVE, Calif. (KGO) -- Botulism reared its ugly head in Northern California and left patients paralyzed or even fighting for their lives.

It's caused by a toxin found in bacterial spores.

One of them is receiving treatment in San Francisco -- 37-year-old Martin Gallindo from the Sacramento area. By all accounts, he is battling a severe case of the rare disease.

The U.S. has roughly 110 cases per year, but we have had an outbreak in Northern California.

Gallindo is not an isolated case and they all appear to have come from the Valley Oak Food and Fuel gas station in Walnut Grove.

As of Thursday morning, the Sacramento County Health Department had confirmed five cases, with three other possibles and one suspected.

That brings the total to nine, and all from tainted nacho cheese sauce served inside between April 22 and May 5.

"I have never seen my sister not have function or be able to communicate or be on tubes, anything like that," said Theresa Kelly, the sister of another victim.

Her 33-year-old sister, Lavinia, has spent three weeks in a Sacramento intensive care unit. Her symptoms began with slurred speech.

Botulism can present in many forms, none of them pleasant, according to Dr. Sean Townsend at California Pacific Medical Center in San Francisco. "Nausea, vomiting, diarrhea. But then symptoms that start are typically in the face with neurologic manifestations, so difficulty swallowing, difficulty speaking. Maybe one eyelid is dragging," he said.

Lavinia is a mother of three and had been preparing for a wedding. Her family said that while she remains aware, her motor skills are so far gone that she cannot even open her eyes. But the family said they still have hope. "Thank God that we know she can recover," they said.

In the worst cases, patients become so paralyzed that they cannot even breathe and need a ventilator.