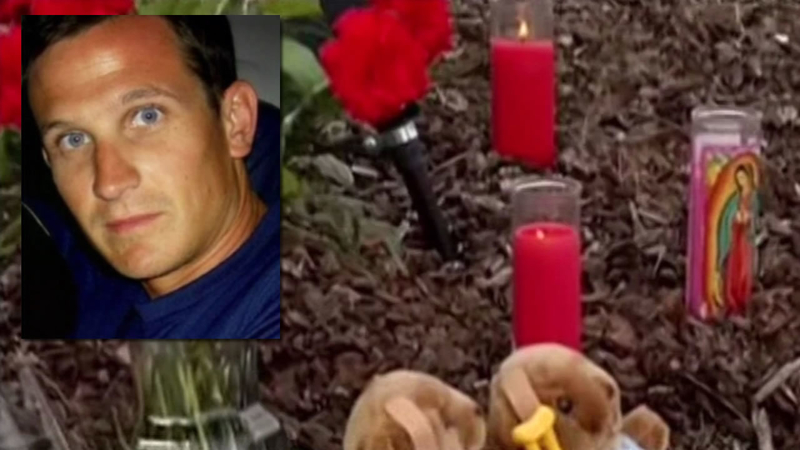 OAKLAND, Calif. (KGO) -- The trial began Monday for two teenagers accused of killing a paramedic in the Oakland Hills.

Quinn Boyer was at a stop sign two years ago when he was approached by a car full of teens. One of them shot him. The trial began for the two of the young men accused in that shooting.

Family and friends of Boyer showed their support for one another outside this courtroom in Oakland. Two of six teenagers are being tried for the murder of the 34-year-old former paramedic.

The 34-year-old had just dropped off his father at his home in the Oakland Hills after taking him to a doctor's appointment. When Boyer came up to a stop sign, he was approached by a car full of teens. Prosecutors say, one of them, Christian Burton, had gotten out of the car and shot Boyer in the head. The car went off the road and into a ravine.

Burton, the alleged shooter, was only 16 at the time. He is being tried as an adult. His attorney maintains he did not kill Boyer.

"We do believe that someone else was the shooter and I believe the evidence will be convincing and overwhelming in that area," said Burton's attorney Ernie Castillo.

The second teen being tried is David McNeal.

"There is a lack of evidence that Mr. McNeal, my client participated actively in the crime against Mr. Boyer," said McNeal's attorney, David Bryden.

Surprisingly, another victim, a 16-year-old, is expected to testify in this case. He was shot the following day by one of the suspects.

"And he didn't have anything valuable to give them and then they proceeded to say 'Well, he doesn't have anything let's go ahead and shoot him,' and they did a countdown and shot my son," said the teenager's mother Tomiko McCoy.

Three of the other teens pleaded guilty in juvenile court and are serving time. The fourth pleaded no contest and is doing 15 years in prison.

Boyer's father Roger held back tears today when he testified.