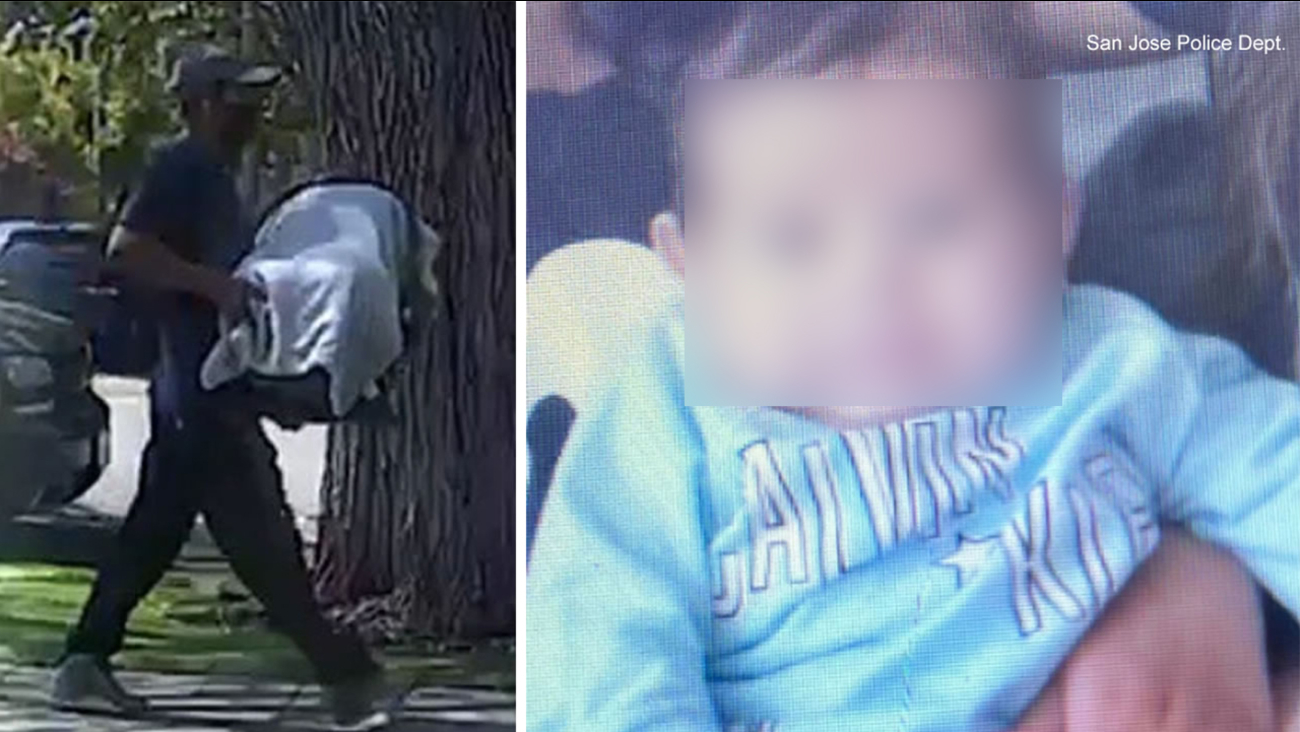 They are charged with kidnapping, conspiracy to commit kidnapping, child abduction and home invasion, announced Sgt. Christian Camarillo in a news conference Wednesday morning. He said those charges may change.

Guadalupe Ramirez, the only female suspect, believed to have a 'relationship' with the family played a crucial role in the abduction.

According to family members, Ramirez formed a relationship with baby Brandon's grandma through church and quickly became "obsessed" with the 3-month-old.

Click on the press release link for additional info:https://t.co/qFo2uwMphQ

Neighbors and family members also described the moments leading up to the grandma's shopping trip with Ramirez. The 43-year-old suspect was trying to convince the grandmother to go to Walmart to buy food and supplies for the baby using her grocery vouchers.

Within minutes of their arrival back to grandma's house, Portillo was spotted in surveillance footage walking out with baby Brandon in a white carrier.

It's still unclear from the family how close of a relationship the grandmother had with Ramirez.

Baby Brandon's relatives suspect Ramirez and the third suspect, Baldomeo Sandoval are in a relationship but investigators have yet to confirm that information.

Baby Brandon was found safe Tuesday morning, after a 20-hour search that ended miles from where he was taken.

She did not want to talk about what happened but did want to express her gratitude.

In Spanish, she spoke with reporters about the moment she got to the hospital and saw the baby. She said baby Brandon was happy while doctors performed tests on him.

Sgt. Camarillo says "there is a human component aspect to this incident. Mom is very traumatized right now. She needs her space."

He says the motive is still under investigation.

Police say that they had eyes on the van that eventually led to them finding the baby. Around 4:50 a.m. Tuesday, California Highway Patrol tweeted out a description of the van. That tweet was later deleted with San Jose police telling ABC7 at the time that they couldn't confirm the CHP information. A woman saw that description, later saw the van, and called the police. Police now say that they knew the van's whereabouts before the tip came in and but for the baby's safety, didn't want the suspect to know that they were on to them.

"We didn't want that person to know that we knew," Camarillo said, "So that's why that alert went away. We were already watching the vehicle, we knew where the vehicle was when that tip came in."

Camarillo also said in a Wednesday press conference that at this point in the investigation, it does not appear that the three suspects had any connection with the 3-month-old's father who is incarcerated, though that may change.

"As soon as I heard the baby has been found, I just cried," neighbor Stephanie said.

"We were up all night talking how it happened, refreshing Twitter, everything right?" neighbor Kassandra Ramirez said. "So this morning was just turning the news on and it was good news. I'm shaking talking about it. Just relieved and overwhelmed for sure with a lot of emotion and happiness."

Knowing it was so easy to abduct the child sent fear into neighbor Stephanie, a neighbor who did not want to be shown on camera.

From sadness and fear to excitement and relief as neighbors were overjoyed to hear the baby is back with his family once again.

"Super relieved for the mom, for the family," neighbor Leandra Duran said, "It's scary but glad he was found safe in a short amount of time too."

EDITORIAL NOTE: On Thursday, April 28, 2022, Baldomeo Sandova was released from police custody. Officials say the 37-year-old will not be facing charges in the abduction of Brandon Cuellar.