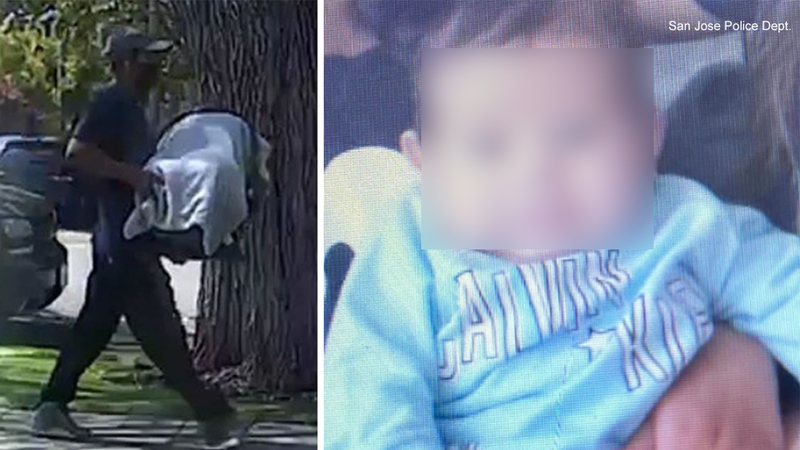 SAN JOSE, Calif. (KGO) -- San Jose police announced on Thursday that one of the three suspects arrested in the kidnapping of a 3-month-old baby has been released from custody.

Officials say Baldomeo Sandoval, 37, will not be facing charges in the abduction of Brandon Cuellar.

This is still an on going investigation. Suspect Baldomeo Sandoval will be released from custody today.

Details regarding Sandoval’s involvement with this case have come to light and he will not be facing charges at this time. pic.twitter.com/kecCh0WIR7

"Details regarding Sandoval's involvement with this case have come to light and he will not be facing charges at this time," tweeted SJPD.

The two other suspects, 28-year-old Jose Roman Portillo and 43-year-old Yesenia Guadalupe Ramirez, appeared in court on Thursday. They were arraigned and charged with kidnapping and related felonies. Both were booked into jail without bail.

Also in court was the mother of that three-month-old who spoke with reporters outside of the courthouse.

In Spanish, she spoke about how excited they are as a family and as parents to have their son back home safe and healthy.

She sat in the courtroom as the two suspects went before a judge.

To reporters outside of the courthouse, the mother said that it was difficult seeing the people who took her baby but she has faith that God and the law will do their job.

Cuellar was reported missing on Monday and found 20 hours later just over six miles away from his home.

Ramirez, who was believed to have a "relationship" with the family, played a crucial role in the abduction, according to the investigation.

According to family members, Ramirez formed a relationship with baby Brandon's grandma through church and quickly became "obsessed" with the 3-month-old.

"I know many of us have grown up seeing children's pictures on the back of milk cartons - the children missing and never recovered. And we were very concerned that something like that might happen in this case."

"This one did not," he said. "This is more unusual and more frightening."

Still, he says they're not sharing the motive behind what happened.

"The 'why' is not something that we're going to discuss," he said. "The 'why' will come out in this case at a preliminary hearing, we put our evidence forward to hold the suspects in custody and have a trial."

Rosen also addressed the third person who was initially arrested.

"The police arrested him a few days ago, along with Yesenia Ramirez and Jose Portillo. But the police then brought us the results of what they have found so far, and there might be other information that the police find and our investigators find, and based on what was brought to us, we charged the two individuals that we did," Rosen said. "I'm actually purposely not saying the name of the third man, because he hasn't been charged with a crime, and I don't want to damage his reputation in any way."

The two suspects are being held without bail at the request of the DA, they go back to court Friday afternoon at 1:30.