As other stores are closing, Burlington plans to move in 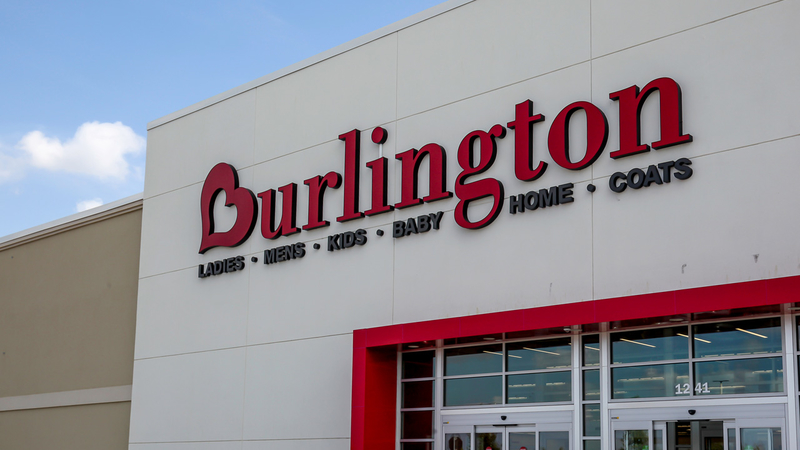 BURLINGTON TWP., New Jersey -- A record number of stores are closing across America. One discount clothing chain thinks it can step in to fill some of those vacancies.

Burlington Stores plans to open 100 new stores this year and sees an opportunity to reach 2,000 US stores in the future, the company said Thursday. Previously, Burlington (formerly known as Burlington Coat Factory) expected to build 1,000 stores. It currently has more than 750 outlets.

Burlington said in a news release that it was increasing its total store target because of the "opportunity presented by accelerating retail disruption and industry wide store closures."

Burlington offers women, men and kids' clothing, home goods, footwear and says it sells its merchandise at up to 60% below other retailers' prices. Only 25% of its transactions are through credit cards, and the company's core shoppers typically make less than customers who shop at department stores and online competitors, according to the company. And it doesn't sell products through its website. Instead, the site tells visitors to think of it as a guide to their next trip to its stores.

Burlington has what it calls an "opportunistic buying" approach to securing inventory. When designer brands produce too many clothes or department stores cancel orders, Burlington steps in to buy the leftover inventory. That approach allows it to rotate in new styles and fashions to drive shoppers to stores, say analysts, and contributes to its "treasure hunt" appeal.

Bargain hunters in recent years have turned to "off-price" retailers, such as Burlington, TJX, the parent of TJ Maxx, Marshalls and HomeGoods, and Ross Stores, say analysts. Before the pandemic, online sellers and these chains were gaining market share against traditional department stores and clothing stores. The pandemic has sped up the shift to online shopping and caused a wave of store closures.

Burlington expects those trends to work in its favor, "leading to further consolidation and additional closures of full price bricks-and-mortar retail stores," CEO Michael O'Sullivan said on a call with analysts Thursday.

As stores close, "many shoppers, especially more affluent, time-starved shoppers, will migrate more of their spending online," O'Sullivan predicts. "But we anticipate that other shoppers, more value-oriented shoppers, will find their way to off-price."

Burlington also said it will open smaller stores in the future that carry less merchandise and have lower operating costs than traditional stores.

With its new smaller stores, Burlington may move into Pier 1 or Modell's Sporting Goods locations, said David Ritter, managing director at Alvarez & Marsal Consumer and Retail Group. Both chains filed for Chapter 11 bankruptcy protection in 2020 and are closing all their stores.

"Unfortunately, it has been a difficult few years for brick-and-mortar retail, so Burlington should have a wealth of available options," Ritter said in an email. Burlington in the past has moved into stores previously occupied by chains that filed for bankruptcy such as K-Mart, Toys "R" Us, Bon-Ton and Sports Authority, he said.