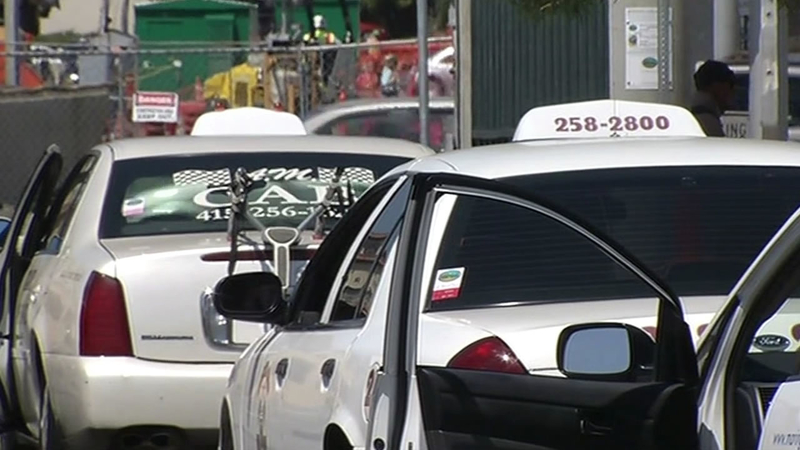 The closure of Marin County's largest cab company has plenty of former drivers looking for work and some customers waiting a bit longer for service.

The owner of Marin-Sonoma Taxi Cabs won't say much about why he closed the company, but many of his employees were surprised.

For those who worked there and who relied on the company, it's been a difficult since the company closed. Marin-Sonoma had taxis operating under four company names. Now, none operate at all. A mechanic, left getting cabs ready to liquidate.

"On Friday, I got a call at 3 p.m. we were shutting down," said Vicente Poroj, a mechanic who was laid off.

With the closure, roughly 40 to 50 jobs went away. It happened a little more than a week ago, leaving some cab customers waiting and other companies scrambling. Katharine Russell, a cab driver, said she's been twice as busy.

Among taxi cab users, some of Marin County's seniors have experienced longer waits. Even places like the Tamalpais Residences, with a private bus service, report an occasional delay for customers who choose cabs instead, 45 minutes in one case.

Others worry about the industry's future. At North Bay Taxi, business manager Lucinda Daniel blames the county for deregulating cab service while not policing Internet startups.

"The business started going down for taxi companies. Then Uber starts coming in. They effectively destroyed the cab industry in this county," Daniel said.

It's a sentiment shared by drivers on county streets.

"I think what it means is more people will use alternatives such as Uber and Lyft," said Chris McNutt, cab driver.

For now, companies are hiring some of the laid-off employees. Bruce Swain, a dispatcher at Marin Sonoma Taxi, will now do the same for North Bay Taxi.

"We did our best as individuals over there," Swain said.