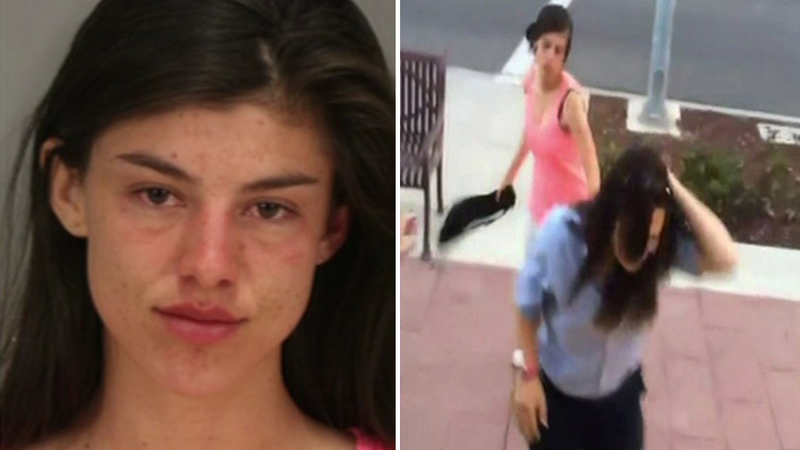 "I got on the sheriff's office Twitter account and I put out a tweet and I said we're looking for this person, you might have video involved in a crime," said San Mateo County Sheriff's office Deputy Rebecca Rosenblatt.

The response the San Mateo County sheriff's office received after asking that anyone with information come forward was overwhelming.

"Amazingly, within minutes everybody was retweeting it. I checked the numbers and I think it went out to over a 100,000 people."

Maria Posada-Valderrama, 22, was arrested after police say she assaulted two Caltrain employees, seriously injuring one of them. A woman replied with a link to a video which shows the confrontation. The incident was captured on video and posted on Instagram.

"We got people reaching out to us that we weren't even expecting," said Rosenblatt.

The confrontation started on the train and then moved to the platform of the San Antonio stop in Mountain View.

San Mateo County Sheriff's deputies say conductors were trying to get Posada-Valderrama, who appeared drunk, off the train around 8:30 Saturday night. You can see her hitting conductors with what appears to be a backpack. The male conductor then pushes her and she falls onto the sidewalk.

"We got more than one video. We got people who said 'hey, I was there. I didn't know that you were looking for witnesses," said Rosenblatt.

Posada-Valderrama was arrested for felony assault. This is the first time the agency has used this form of social media to solicit evidence of a crime.

"It was an experiment, but for crime solving purposes, it was perfect," said Rosenblatt.