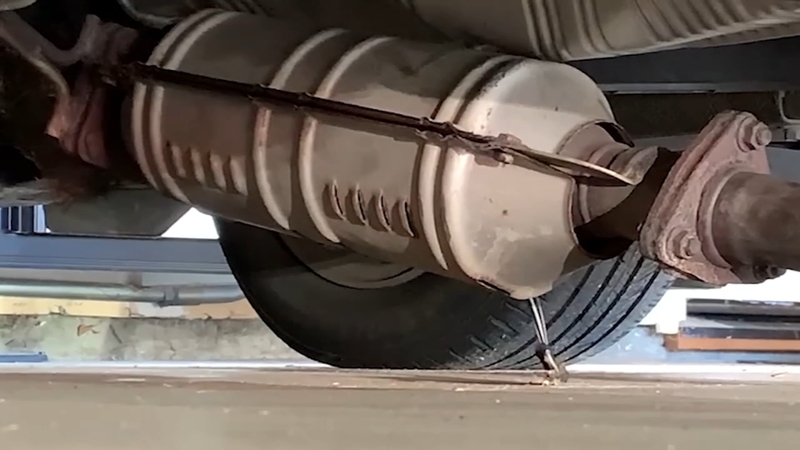 SAN JOSE, Calif. (KGO) -- A 6-month operation that San Jose police called "Cat Scratch Thiever" has led to the arrest of more than a dozen people involved in stealing or selling catalytic converters.

"You know somebody, I know somebody," SJPD Sgt. Christian Camarillo said. "I think everyone knows somebody that has been affected by these thefts."

15 arrests made after a 6-month investigation by San Jose Police and other agencies including District Attorney Jeff Rosen's office.

"This is a very significant step in stopping the widespread stealing of catalytic converters which have affected hundreds and hundreds of people in our county," Rosen said.

12 suspects are considered middlemen and thieves and the three other suspects worked at recycle businesses who knowingly purchased the stolen converters to sell.

One suspect, Robert Frank, owns Green Metal Recycle in Campbell and is suspected of possessing nearly $3,000,000 of stolen converters.

"One of the officers said this is like a black market Costco and it really was," Rosen said.

These businesses melt down the converters to get the precious metals inside- palladium, platinum and rhodium drive up the value.

Rhodium for example costs $25,000 an ounce, highlighting the importance of these arrests.

RELATED: Here's how to protect yourself from becoming a victim of catalytic converter theft
EMBED More News Videos

A rash of catalytic converter thefts in San Francisco is urging drivers to install a special metal cover.

Police recovered tools to steal the converters, cash and illegal weapons along with more than 1,000 catalytic converters.

This operation has ended, but police say the work is not done.