WARNING: Some of the images in the video may be disturbing to watch.
KGO
By by Tiffany Wilson 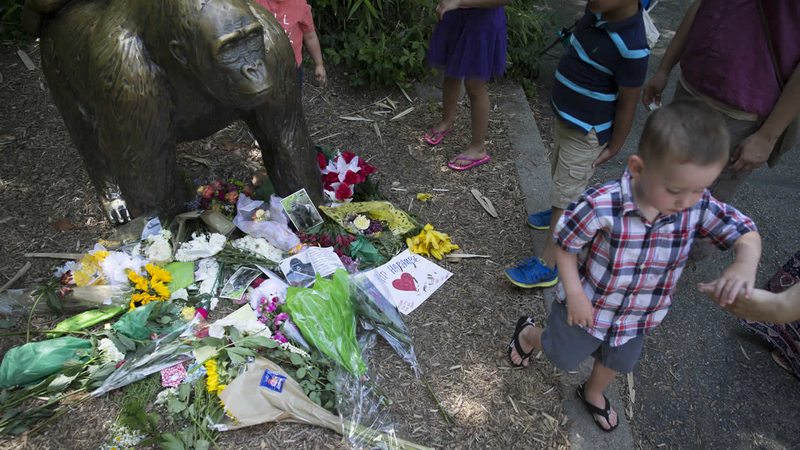 There is more outrage after an endangered gorilla was killed at the Cincinnati Zoo to protect a boy who wandered into its enclosure.

An animal rights group has filed a complaint against the zoo and more than 300,000 people signed a change.org petition to hold the boy's parents responsible.

A four-year-old boy fell into the gorilla exhibit at the Cincinnati Zoo on Saturday. After ten terrifying minutes, zoo officials said they killed the gorilla to protect the boy.

A wildlife expert from the Miami Zoo defended the decision to put down the endangered silverback named Harambe.

"They made the absolute right decision. I need to let you know that the gorilla had no intention of hurting the child. I don't think anyone believes that. However, that gorilla was disoriented. If you watch the video, he's trying to get away from the commotion. The child is crying, the people are screaming. This is just a perfect storm of bad situations that ended in tragedy," said Ron Magill with the Miami Zoo.

The boy is now at home and doing fine.

Many on social media have criticized the child's parents for not watching their son. However, the non-profit Stop Animal Exploitation Now says the Cincinnati Zoo is to blame because the barrier didn't prevent the boy from entering the exhibit.

"If a four-year-old child can get through the barrier, is that a safe barrier?" asked Michale Budkie, with Stop Animal Exploitation Now.

The watchdog group says it filed a complaint with the USDA, claiming the zoo violated the Animal Welfare Act.

"What we're calling for right now is a federal penalty against the Cincinnati Zoo because we believe they have violated the law," explained Budkie.

On Monday, the zoo's director said the barrier has worked for 38 years, but they are investigating to see if improvements can be made.

"I can tell you every zoo is re-evaluating everything right now," said Magill.