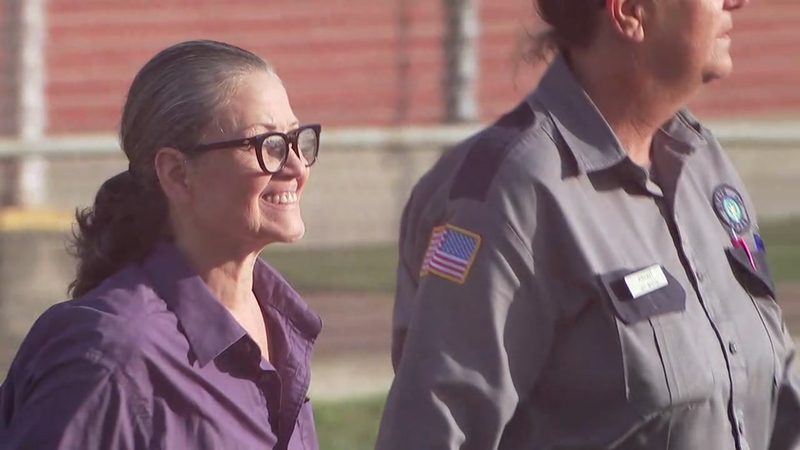 Clara Harris walks out of prison

GATESVILLE, Texas -- After serving 15 years in prison for her husband's murder, Clara Harris is a free woman.

Harris was released around 8:20 a.m. Friday in Gatesville, about 45 minutes west of Waco.

Clara Harris will live at a friend's home in Galveston County after being in prison for 15 years.

She smiled as she walked out of the Crain Unit and climbed into a gray Ford SUV.

Harris, a former Friendswood dentist, was convicted in 2003 for running over her husband David Harris at least three times with her Mercedes-Benz outside the Nassau Bay Hilton after finding him there with his mistress.

The act was caught on camera by private investigators hired by Harris. Her stepdaughter was in the vehicle at the time of the killing.

FIRST LOOK: Clara Harris smiles at camera as she prepares to leave prison

Now after more than a decade behind bars, Harris has been granted parole.

She'll have to follow certain conditions, which include no contact with her former in-laws, her stepdaughter or David's former mistress.

Who is Clara Harris?

She must also live in Galveston County and wear an ankle monitor. For the time being, she'll live with a family friend.

One of the women who greeted Harris has been raising her two sons while she was in prison.

She will remain on parole until February 2023.