HILLSBOROUGH, Calif. (KGO) -- More than a dozen Bay Area residents have been charged in Operation Varsity Blues, the largest college admissions cheating scam ever prosecuted in the United States.

According to the complaint, Hillsborough residents Bruce and Davina Isackson paid more than $600,000 for their three children to control the testing environment and get into schools.

They also reportedly took a tax write off for bribes paid (page 114) and were worried about the potential press that could come from a scandal, discussing "the embarrassment to everyone in the communities." 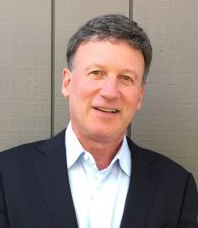 Bruce was reportedly worried news of a scandal surrounding the college admissions cheating scam would hit the press and be the "front page story," discussing the embarrassment to everyone in the communities."

Complaint says Bruce Isackson, President WP Investments, paid more than 600k for his 3 children to control the testing environment and get into schools. Isackson took a tax write-off for contributions to “foundation for underserved kids.” https://t.co/LSp5j1cHJa pic.twitter.com/4MTFSTQCGT

Bruce and Davina each have a $2 million unsecured bond. Bruce appeared Tuesday in San Francisco. Both are expected to appear again March 29 in Boston.

It's unclear whether or not Davina has been arrested or appeared initially yet.

And just like Huneeus, Isackson knew he was doing something wrong. “I mean, I can’t imagine they’d go to the trouble of tapping my phone.” They did. https://t.co/LSp5j1cHJa pic.twitter.com/slxqxqE6gv

And .. just like Huneeus .. Isackson worries about the potential press .. “front page story.” “..the embarrassment to everyone in the communities.” And here we are. https://t.co/LSp5j1cHJa pic.twitter.com/ZMlZ8Fn2Ng