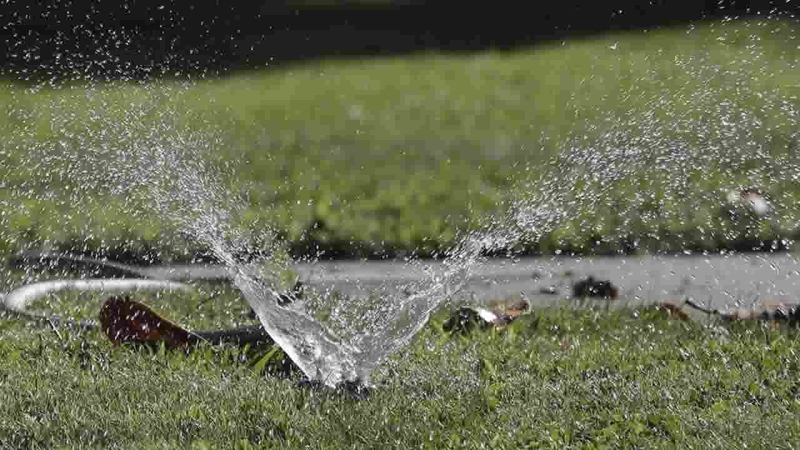 SAN JOSE, Calif. (KGO) -- There are new drought rules in place in the South Bay. San Jose Water customers are being told to limit watering their lawns and washing their cars. The rules effect 230,000 customers and around one million people.

ABC7 was in Campbell on Wednesday, which is part of the San Jose Water system, when we came across a resident washing her car. New drought rules in effect restrict that.

"We ask that people not wash their car in the driveway, that they go to a commercial car wash that uses recycled water or maybe let your car be dirty for a little bit it's not the end of the world," said Liann Walborsky of San Jose Water.

Serena Cuyar is one of the 230,000 customers affected by these rules and says she hopes that people listen.

"I hope so, but then again you can't fix stupidity or common sense you can't teach," said Cuyar.

But at this point no fines will be given. It's an honor code system unless the California Public Utilities Commission decides otherwise, something that could happen in the months to come.

"There is the possibility that if people don't conserve when we head into September that we will have to review the possibility of penalties," Walborsky said.
While water wasters won't currently be fined, they could receive information about the rules from the water company if someone was to turn them in. Something Cuyar said she's not totally against.

"I know and love all of my neighbors and we feel the same way, but I wouldn't probably hesitate to call the non-emergency number on someone that was washing their car in their driveway in the middle of a hot day," said Cuyar.

Juan Carlos Esparza of Urbanscapes Landscape Company says housing complexes are the ones that need to take this seriously. He's saved some thousands of dollars, but others continue to waste.

"I'm up 5 to 5:30 every morning and I see water just storming down the drains and that's just not acceptable," Esparza said.

Esparza believes this year is going to be similar to 2015 when we started hearing the saying, "Brown is the new green."