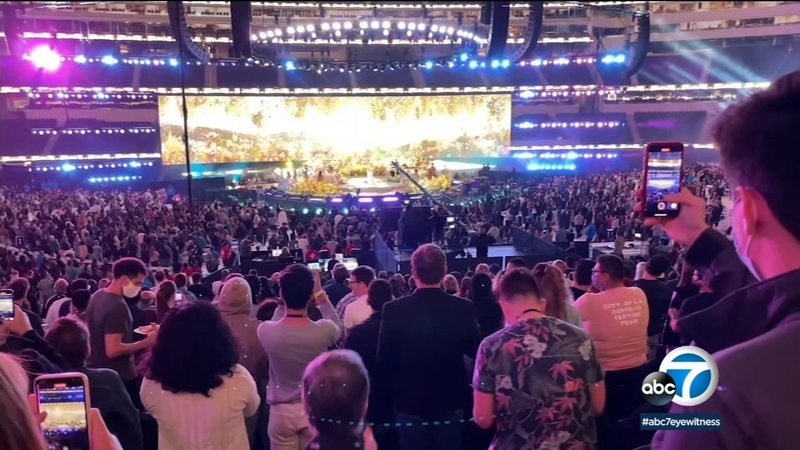 LOS ANGELES -- The National Football League announced Wednesday that it is providing 50 free tickets to Super Bowl LVI in February 2022 at SoFi Stadium in Los Angeles.

Working closely with the White House COVID Response Team and Global Citizen, the Super Bowl promotion includes a chance to win a pair of Super Bowl tickets for fans who share their story on why they got vaccinated or will soon get vaccinated.

The NFL says it is committed to raising awareness and encouraging Americans to get vaccinated.

Details on how to win the Super Bowl tickets will be announced Saturday night during Global Citizen's VAX Live: The Concert to Reunite the World show.

The special will broadcast nationally beginning at 8 p.m. ET across multiple platforms, including ABC, CBS and FOX. The show takes place at SoFi Stadium.

More than three million vaccinations have been administered at 21 NFL stadiums and facilities since January. In addition, the NFL will also offer a 25% discount on purchases made at NFLShop.com for vaccinated fans later this year. More details will be announced at a later date.

The NFL previously invited 7,500 vaccinated health care workers to Super Bowl LV in Tampa as guests of the league to thank and honor them for their continued extraordinary service during the pandemic. The initiative also promoted the importance of vaccination and appropriate health practices.