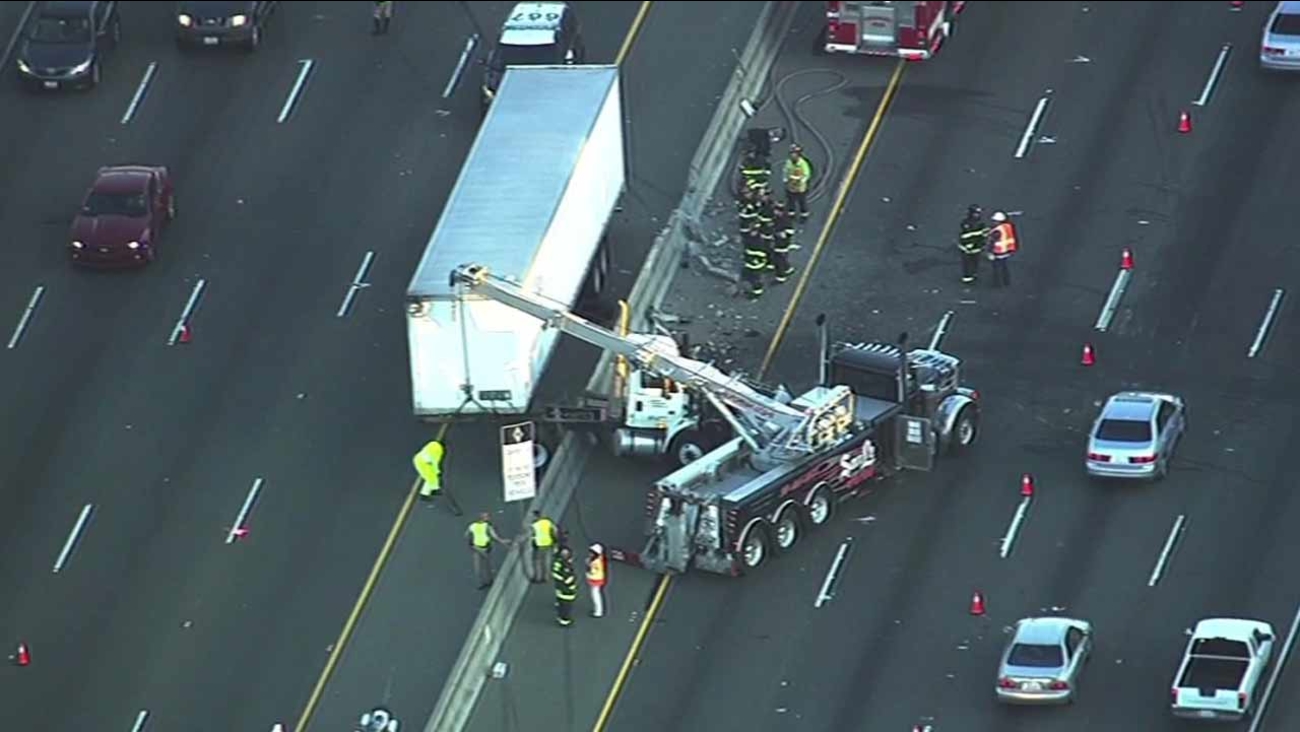 UNION CITY, Calif. -- All lanes of southbound Interstate Highway 880 have reopened in Union City after two separate crashes snarled traffic for the morning commute, according to the CHP.

All southbound lanes of Highway 880 reopened as of shortly before 8 a.m., and northbound lanes fully reopened 9 a.m., according to the CHP.

No other details about the crashes were immediately available.

TRAFFIC: Sky7 HD over massive backup on NB and SB I-880 in Union City after big rig crash. https://t.co/DeR4uGmd2whttps://t.co/hNPOge7NLS

Both directions of 880 Jammed. Looks like a 2nd issue SB. @Sky7HD is on the way @abc7newsBayArea pic.twitter.com/8jTS8Nvx2E