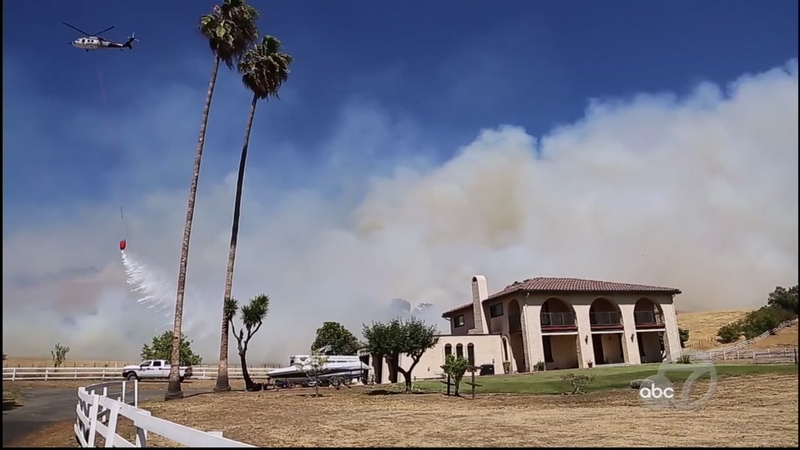 The public is being asked to avoid the area near Crews Road east of Gilroy, which has since spread eastward to the Canada Road area. The fire is advancing at a moderate rate, according to CAL FIRE, which said two structures have burned and others are threatened.

The fire was first reported at about 2:45 p.m. Sunday.
Additional air and ground equipment have been called to the scene.

#CrewsFire TIMELAPSE
The last 60 minutes you can see the large smoke plume as the fire grows in Santa Clara County; latest estimate from @calfireSCU is 600 acres as of 5pm 7/5. pic.twitter.com/voFKkohVDc

The large smoke plume form the #CrewsFire is showing up on LiveDoppler7 right now. Smoke is blowing away from most of the Bay Area. Air Quality Advisory in effect for Morgan Hill, Gilroy, San Martin for smoke in the area. pic.twitter.com/obavfupk6D