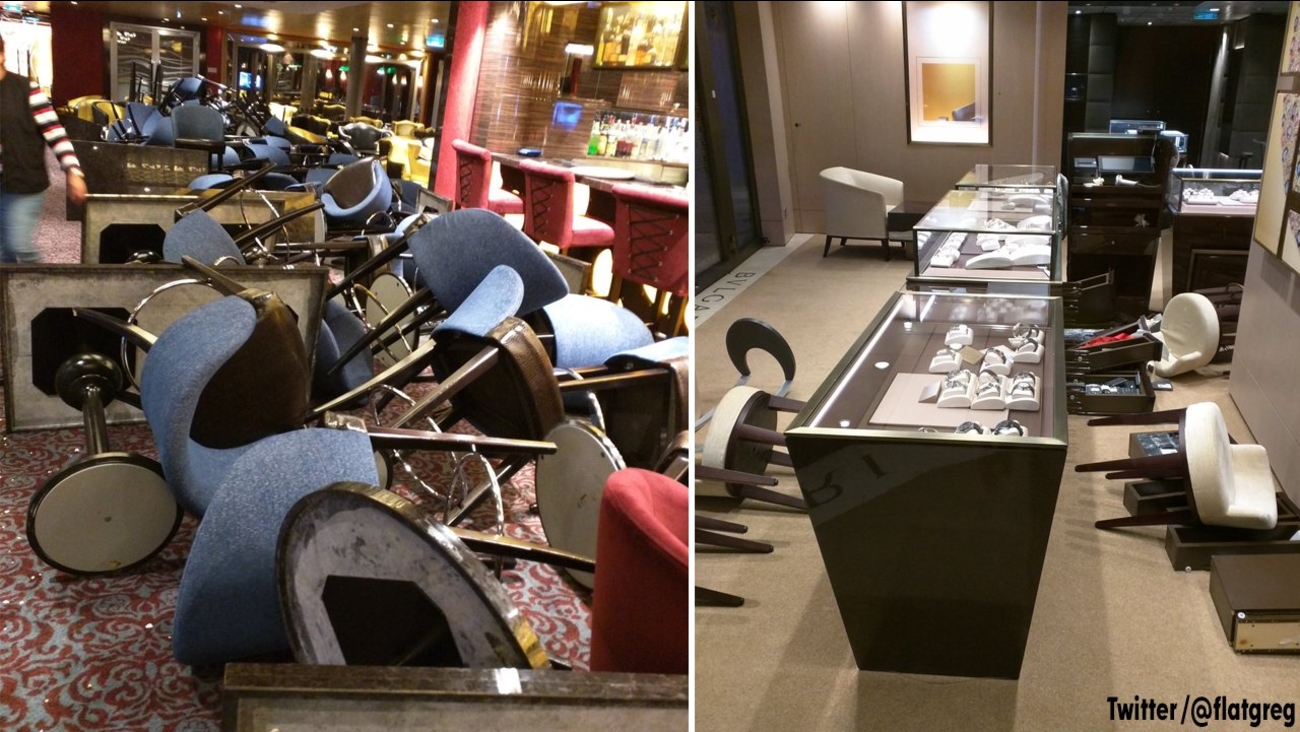 Video posted on Twitter by a passenger shows furniture overturned by the rocking ship. (Courtesy Twitter/@LeannaPetrone)

The ship left Cape Liberty, New Jersey Saturday afternoon and is due to arrive in Florida sometime Monday.

Passengers were asked to stay inside their cabins.

So far there are no reports of injuries.

Royal Caribbean issued a statement:
"On Sunday, February 7, while sailing to Port Canaveral, Florida, Anthem of the Seas experienced extreme wind and sea conditions, with wind speeds higher than what was forecasted. In an abundance of caution, the Captain asked all guests to stay in their stateroom until the weather improved. At this time there have not been any serious injuries reported. The ship has sustained some damage to the public areas and guest staterooms, which in no way affect the sea-worthiness of the ship."

There appears to be some damage to the ship:

This video shows what the conditions are like outside the ship:

Despite the ordeal, the ship's crew kept serving passengers:

The ship was headed to Port Canaveral, Florida. Royal Caribbean spokeswoman Cynthia Martinez says in an email that a noon arrival had been planned, but the weather caused a delay. She says she doesn't have an updated arrival time.

She says passengers were asked to stay in their rooms and given complimentary access to their minibars.