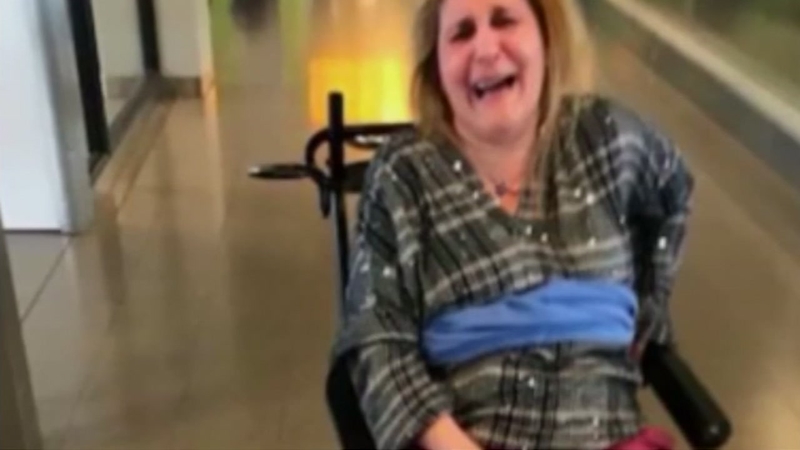 ATLANTA -- Delta Airlines officials say they are reaching out to a woman who says airline workers tied her to a wheelchair.

Maria Saliagas suffers from multiple sclerosis. She says Delta didn't have a proper wheelchair with straps to help her sit up straight on her flight earlier this month from Atlanta to Amsterdam.

Maria's son says workers used someone else's blanket to tie her to the wheelchair.

"They took a dirty blanket and tied her forcefully with it. She has bruise marks on this part of her arm where it was tight," said Nathan Saliagas. "I want them to show initiative that they're willing to change their disability services."

The family says Delta offered them free airline miles for the incident. They say they want to see changes for how the airline deals with disabled passengers.