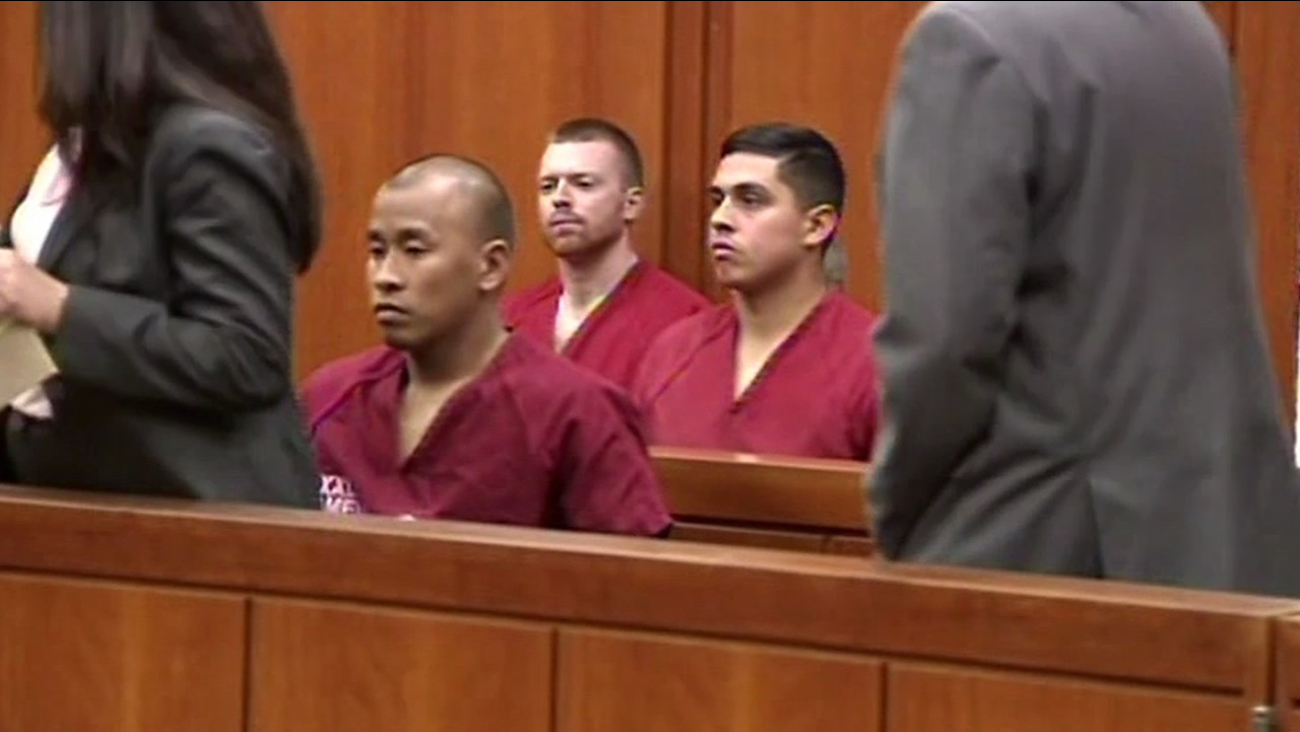 SANTA CLARA COUNTY, Calif. (KGO) -- A former jail guard accused in an inmate's death is now connected to Internet searches that could be damaging to his case.

A source told the San Jose Mercury News that Rafael Rodriguez is tied to possible searches inquiring about whether someone can die from being punched in the armpit and stomach.

The three were in court Tuesday.