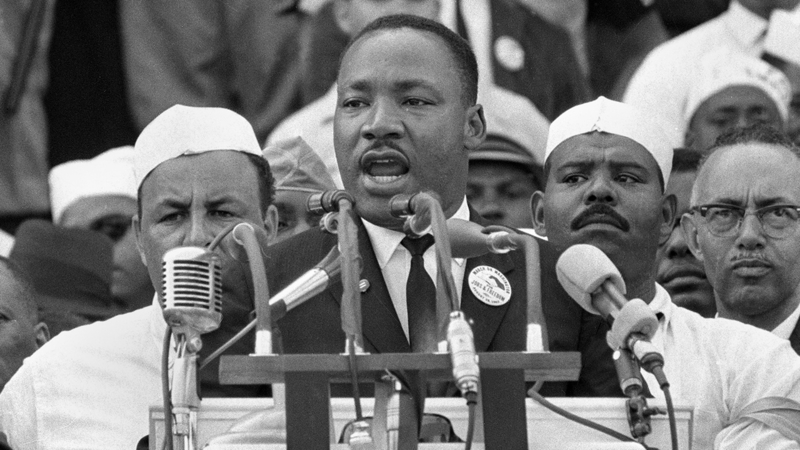 Ram is drawing heat for its decision to use a sermon from Dr. Martin Luther King Jr. in a Super Bowl commercial.

The Ram ad in question used an excerpt from King's popular "The Drum Major Instinct" sermon from Feb. 4, 1968. It shows a variety of first responders in emergency situations, members of the military and everyday Americans, all interspersed with shots of Ram trucks.

When sharing the ad on Twitter, Ram added a message about service: "We are all built to serve, but it takes will and courage to do what's right. Tell us how you aid your community with #RamBuiltToServe." The automaker included a link to watch its other Super Bowl ads.

We are all built to serve, but it takes will and courage to do what's right. Tell us how you aid your community with #RamBuiltToServe and watch our Big Game moments here: https://t.co/MNjwAXYmXw #SBLII pic.twitter.com/BcWTZectHq

"King encouraged his congregation to seek greatness but to do so through service and love. King concluded the sermon by imagining his own funeral, downplaying his famous achievements and emphasizing his heart to do right," Stanford's King Institue said of the sermon's themes.

While the ad's general theme does mirror those presented in King's sermon, many on Twitter called the spot tone-deaf, saying that it was inappropriate to use King's likeness in an advertisement regardless of the overall message.

"You're not supposed to exploit the legacy of a civil rights leader to sell your pickup trucks," one user wrote.

The King Center tweeted that neither it nor Bernice King, the civil rights leader's youngest child, was responsible for approving the use of King's likeness and intellectual property in the ad or for other commercial uses.

Neither @TheKingCenter nor @BerniceKing is the entity that approves the use of #MLK’s words or imagery for use in merchandise, entertainment (movies, music, artwork, etc) or advertisement, including tonight’s @Dodge #SuperBowl commercial.

Bernice King later replied to another tweet asking if "the King children allowed Dr. King's voice to be used to sell me a Dodge truck" with a simple "No."