Madera police say the suspect followed the woman to the clinic where she was shot multiple times trying to protect her three children.
KFSN 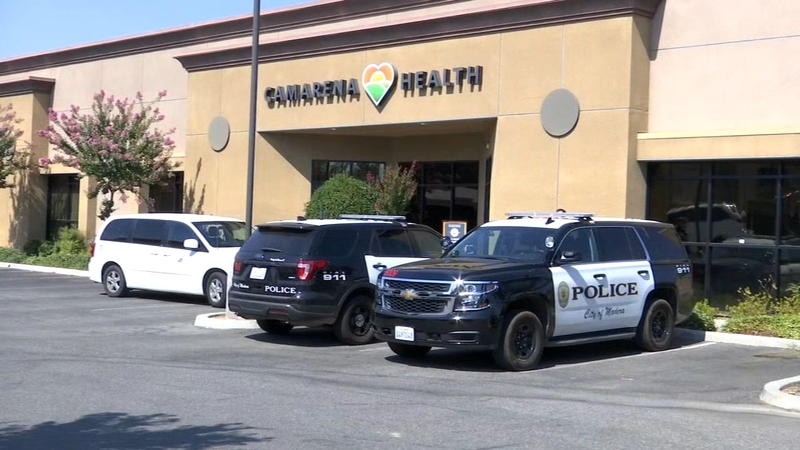 MADERA, Calif. -- A woman was killed in a domestic violence-related shooting in Madera on Tuesday afternoon, police say.

The deadly shooting took place at about 3 p.m. near the Camarena Healthcare Clinic in Madera, where the victim had gone for treatment.

She and her three children were entering her car when she was shot. Police say the woman was taken to hospital, where she died.

BREAKING NEWS: A woman is dead after being shot outside of Camarena Health in Madera. According to detectives the woman was putting her children into her van when she was hit by gunfire. Police are still looking for the suspect. Live report coming up at 5 on @ABC30. pic.twitter.com/KihFP3sXHS

According to Madera Police, the woman, who is from Chowchilla, was targeted. The suspect followed her to the clinic where she was shot multiple times trying to protect her children.

"This is despicable," said Madera Police Chief Dino Lawson. "I can't think of anything more horrific than to do something like this. A cold-blooded act in front of the mother's children. The mother, being a mother, sacrificed her own life, and laid across the bodies of her children to save them."

The deadly shooting took place at about 3 pm near the Camarena Healthcare clinic in Madera, where the victim had gone for treatment.

Police are still looking for the suspect and are investigating the incident as a domestic violence-related homicide.