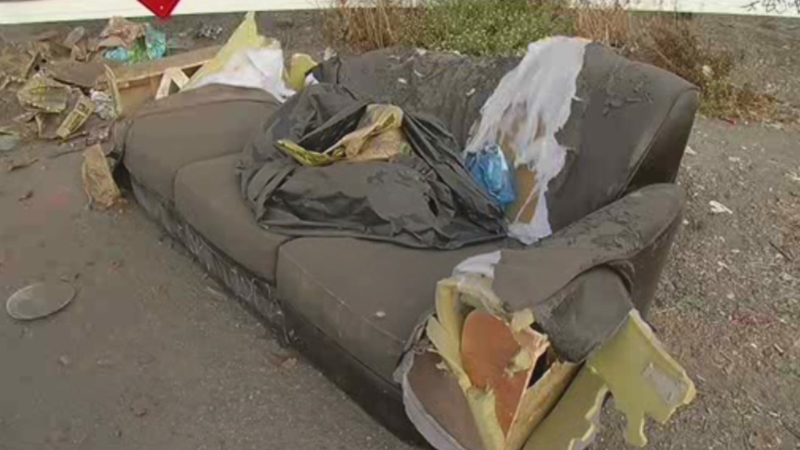 SAN JOSE, Calif. (KGO) -- San Jose city leaders are voting on Tuesday on a proposal to fine people who throw away big items on city streets.

Many people say this punitive action is long overdue.

Resident Gary Veselka says it's not uncommon to see piles of junk pile up in downtown San Jose.

"Especially right here at the end of the street and across the railroad tracks. We see quite a few things that come and go. Sometimes they sit for a while," said Veselka

The city acknowledges it has a problem with people illegally disposing of large items, like mattresses, furniture, appliances and tires.

And it's gotten worse over the past three years. The amount of illegally dumped materials has increased 75-percent.

"It feels like the city is not addressing. It seems like they could do something better," said Veselka.

The steps the city plans to take to clean up streets is to first to help people do the right thing by letting them know how to get rid of their large items legally.

Signs and cameras will go up to help with enforcement.

live with this type of view.

"We know one way or another we've got to get to it, because we know it affects how people feel about their city. About how others feel about San Jose. And that affects everything we do," said Mayor Sam Liccardo.

The city is also working on a full service app that will allow people to report illegal dumping and other issues in their neighborhood.