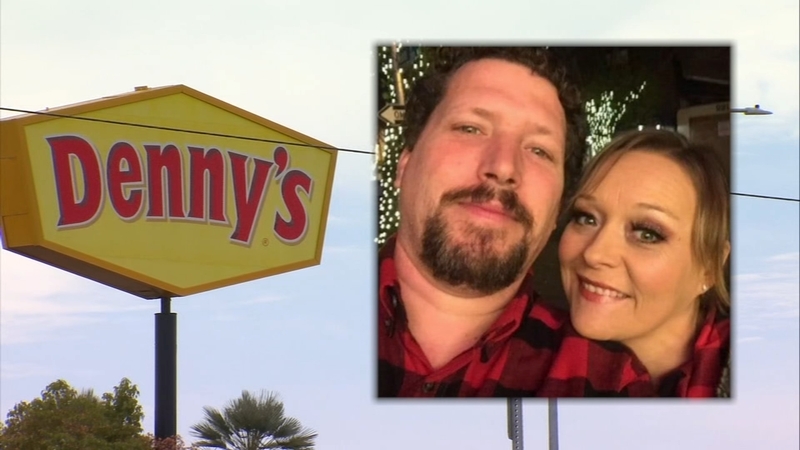 FRESNO, Calif. -- A Fresno-area family is struggling financially because of the coronavirus pandemic and then because of confusion with state unemployment benefits.

Jeremy May's job at Denny's dried up when COVID-19 restrictions hit California, but he and his family stayed afloat with savings and state unemployment payments.

That is, until someone else made a fake unemployment ATM card with his number.

"They have me obviously trying to use my card at the 99 Cent store (in Visalia), and they have him on tape at the Bank of America bank in Las Vegas," May said.

The card was frozen for fraud, but the Visalia man sorted it out and got his $1720 back a day later.

A spokesperson for the state Employment Development Department says they work with Bank of America to clear up fraud cases as quickly as possible and get the bank to unfreeze accounts.

A San Anselmo man tried to do right thing and return his overpayment money to EDD. He ended up losing all his benefits instead.

In some cases, the EDD will issue a check to make sure people get their money.

May says he repeatedly contacted EDD, and four months later got a letter saying his case was closed and the money should be on his Bank of America account.

But Bank of America says it doesn't have the money, making this just another example of incomplete communication between the two entities.

Mathis is May's representative in the state Assembly.

He says his office has gotten 350 EDD cases from constituents having trouble in the last year, and a big reason is outdated technology.

"Many of the systems the state uses for complicated programs were built 20-30 years ago," said Erika Li from the state Department of Finance when Mathis asked about the problems at a recent budget committee hearing.

"Our computers in the state, in the fifth largest economy in the world, are older than Atari," Mathis told ABC7's sister station, Action News.

He's proposing billions of dollars to buy new hardware and software. It can't arrive in time for Jeremy May.

He is back on the job, though, and starting to regain the hours he lost at work.

He'll never get back the hours spent on fixing a problem someone else created.

"I just want answers, so I'm just wanting anybody to answer me why my money's not there," he said. "And nobody can."

After inquiries from Action News, Bank of America restored all the money to May's account late Wednesday.