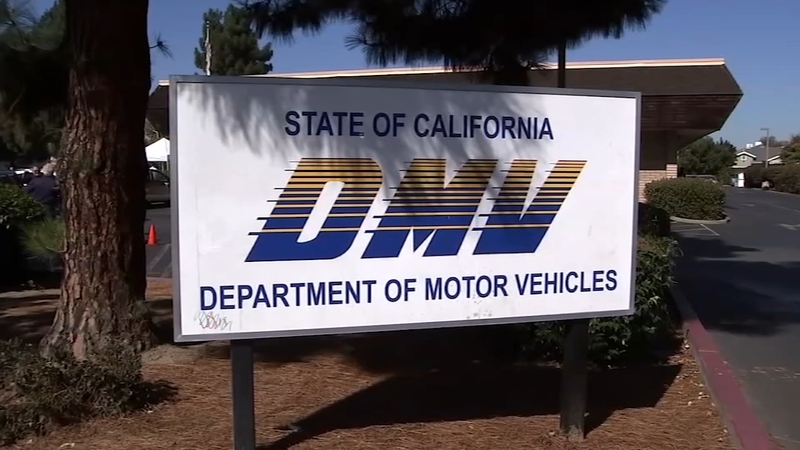 REDWOOD CITY, Calif. (KGO) -- It's been four months since the Employment Development Department froze 1.4 million unemployment claims to weed out fraud. Legitimate workers are still trying to prove their identities or lose all benefits. An elderly Bay Area woman was thrown out of the system as a possible fraud.

The state of California has tried to protect seniors from having to go out during the pandemic - ID.me told her otherwise. She made a heroic effort to prove her identity and still it was not enough.

Linda Green of Redwood City has been trying for months to prove she really is Linda Green, a laid-off legal secretary, and not one of the hordes of scammers ripping off the EDD. "I said please help me, I don't know what I'm supposed to do. I've been rejected!"

"I'm sending you a copy of my driver's license plus everything else, birth certificate, Social Security..." she recalls.

Green and 1.4 million others got a notice from EDD back in January, freezing their accounts for possible "fraudulent activity.''

They had 30 days to prove their identity or lose benefits for good.

"I had to go to ID.me to qualify because of all the fraud, dah dah dah, of last year. So I did," she said

She was using EDD's online verification tool, ID.me. After waiting 20 hours for a live interview, an agent came online and told Green her driver's license was no good.

"She said my license was expired. And I said yes, I know. Because I'm over 70," Green said.

Green reminded the agent the state of California gave everyone over 70 another year to renew so they would not go into DMV offices during the pandemic.

Then Green managed to do what millions of Californians cannot do -- she got an appointment at the DMV!

"They go, 'Oh we could get you in tomorrow.' I said you're kidding! So I got a time slot I went in, I didn't have to take a test, immediately got my license," she said.

And she returned to ID.me two weeks later with her freshly minted driver's license. Not just any license, but a federally-approved "Real ID," which meets new Homeland Security standards.

But, like Dorothy bringing the witch's broomstick to the Wizard, it wasn't good enough.

"It says she rejected me, which she did. She told me she was going to..." said Green.

If you answer the question incorrectly by accident, you may need to do an interview to prove you're still eligible for unemployment. That can take weeks, delaying your benefits.

By now Green had missed her EDD deadline to prove her identity. And EDD went ahead and canceled her benefits, saying, "You have failed to respond to the department's request to confirm your identity..."

No, she didn't. She's been trying for months! Green contacted 7 On Your Side, and we tried to help her get back into her ID.me account.

"This is so frustrating, I cannot believe I'm the only one going through this," she said.

On top of everything, she'd forgotten the password. And fittingly, her dog had chewed up her notes. Which Green tried to piece together. "No, that's not it, that's not it... I didn't put this away, so she sees it as, 'Oh boy I can chew...'"

Instead 7 On Your Side contacted ID.me.

The CEO, Blake Hall, responded immediately, saying Green should never have been required to go out to the DMV during the pandemic - and the agent who helped her had been fired.

"The representative involved was wrong, we fell short of the mark, we have stated guidance and policies to follow the directions from issuing DMV as far as expiration dates," Hall said. "I feel awful about it and I'm reaching out to apologize."

And with uncharacteristic speed, the EDD restored Green's benefits.

The EDD said: "This is an unusual case where the guidelines regarding the driver's license were not correctly followed at ID.me... ID.me is reinforcing policies to avoid such issues in the future."

"I'm really thrilled and excited, so thank you so much," Green said.

EDD has acknowledged it will assume those claims are fraudulent if folks do not meet the deadline to prove their identity. Or at least show they have responded.

Our thanks to ID.me for taking such quick action and getting Green's claim back on track.