After more than 24 hours in a bad place for birthing, a stubborn elephant seal has finally been moved away from a Sonoma County highway.

SONOMA, Calif. (KGO) -- There was good news Tuesday night for the stubborn elephant seal who refused to leave a busy North Bay highway.

Rescue workers named her Tolay after the creek she swam down. Tolay is now on the beach at Point Reyes where she can avoid the traffic and have her pup, where elephant seals have been breeding for more than 150 years. 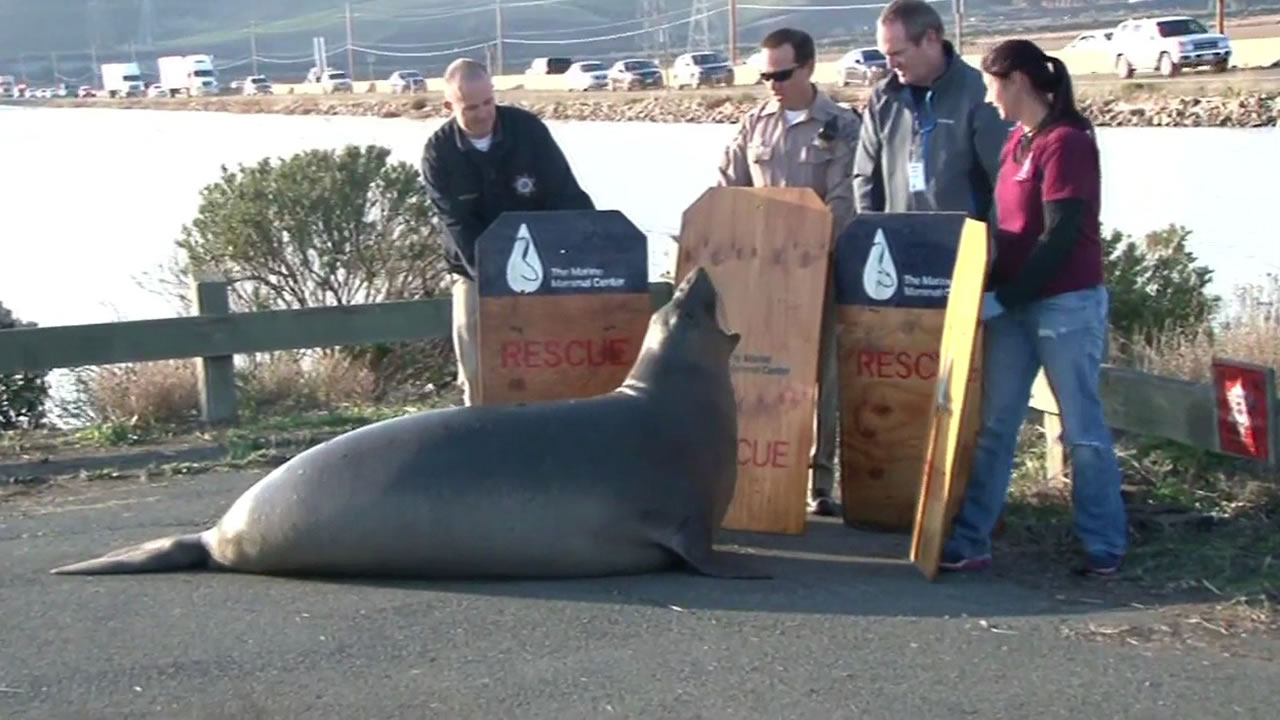