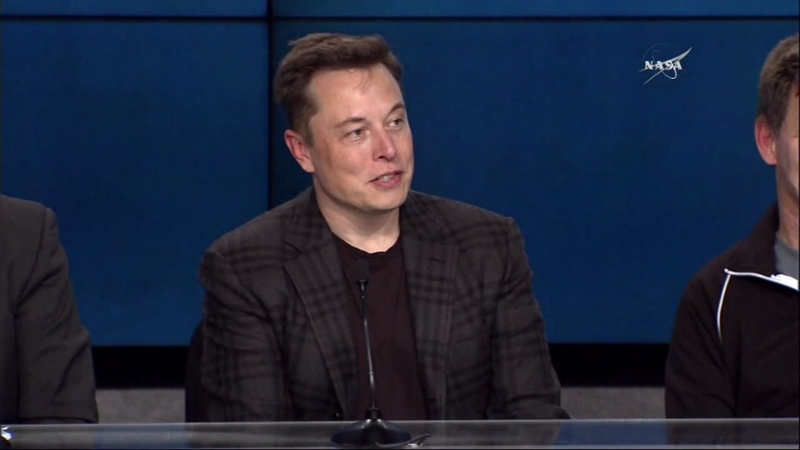 PALO ALTO, Calif. (KGO) -- Elon Musk has agreed to settle a fraud charge with the Securities and Exchange Commission, the commission announced Saturday.

The settlements are subject to court approval and will result in "comprehensive corporate governance and other forms at Tesla-including Musk's removal as Chairman of the Tesla board-and the payment by Musk and Tesla of financial penalties." the commission wrote in a press release.

The charge against Musk stemmed from a tweet he sent on August 7 that he could take the electric car company private at $420 per share, which was a substantial premium to its trading price at the time of the tweet.

Per the agreement, Elon Musk will step down as Tesla's Chairman to be replaced by an independent Chairman. Musk will be ineligible to be re-elected to the position for three years. Tesla will appoint two new independent directors to its board, establish a new committee of independent directors. Additional controls will be put in place to oversee Musk's communications.

Elon Musk and Tesla will each pay separate $20 million penalties, which will be distributed to harmed investors in a court-approved process.

"As a result of the settlement, Elon Musk will no longer be Chairman of Tesla, Tesla's board will adopt important reforms -including an obligation to oversee Musk's communications with investors-and both will pay financial penalties," added Steven Peikin, Co-Director of the SEC's Enforcement Division. "The resolution is intended to prevent further market disruption and harm to Tesla's shareholders," the release read.