KGO
By David Louie
PALO ALTO, Calif. (KGO) -- Silicon Valley has a history of non-traditional CEOs who don't wear suits or neckties, and who often don't have reserved parking spaces. But Tesla founder and CEO Elon Musk may have set a new "high" by smoking marijuana and drinking alcohol during a podcast interview with Joe Rogan that was posted to social media.

The car maker and Musk have been under pressure to ramp up production of its electric vehicles and to stabilize its top management team after two key executives abruptly left this week. One of those executives is David Morton, chief accounting officer at Tesla Inc., who called it quits after just a month on the job.

Seven top executives have been either promoted or named to new positions at Tesla. Elon Musk said this comes after discussions with Tesla's board of directors.

Musk has been known to sleep at the factory in Fremont, Calif. Employees have complained he micro-manages and berates them. And now Musk has a new problem of his own doing by smoking pot during an interview.

The latest management changes might take some pressure off Musk and might help ramp up vehicle production. But the video of him smoking a blunt, a mixture of marijuana and tobacco, could create an image problem that won't go away.

"It's a bit of a publicity error when his company is facing a reported SEC investigation and is having difficulty meeting production targets. It's not a good look for an executive," said Tim Fernholz, senior reporter at Quartz, an online news site that covers the global economy. Fernholz recently wrote a book about Musk and his other technology company, Space X.

The investigation he referenced stems from a tweet Musk wrote, claiming he was preparing to take Tesla private. He later acknowledged it wasn't happening.

The loss of two key executives this week and other uncertainties caused Tesla stock to fall as much as 10 percent today. It's down 16 percent this year.

"You have to think that investors are losing patience with the circus that's going on, but it's still one of the most valuable car companies on the planet," said Dr. Robert Hendershott, a San Jose investment manager and finance professor at Santa Clara University's Leavey School of Business.

Some have been joking that Musk should smoke more marijuana, which is legal in California, if only to relax and let his new management team do their jobs. He has complained about stress and working non-stop.

But he may have run afoul of the Tesla code of conduct, which says employees should not work while under the influence of alcohol or illegal drugs.

"If the board determines that he was functioning in his employment role at the time and in violation of that, they will serve him and the organization well to hold him to the same standards they hold other employees to," said Ann Skeet, senior director of leadership ethics at the Markkula Center for Applied Ethics at Santa Clara University.

Some Tesla owners think Musk is setting a bad example, especially for kids.

"He must have responsibility for those kids, so I want him (to be) aware lots of people are looking at him," said Suki Hong, a San Jose resident who owns a Tesla.

It's not clear if the management changes were Musk's idea or the board's. Analysts tell us the board had to do something to stabilize Tesla. Musk wasn't likely to quit or be urged to resign.

But critics have already raised concerns that the newly named president of Tesla Automotive is an eight-year company insider. Investors have expressed that they wanted someone from the outside who has deep automotive industry experience.
Report a correction or typo
Related topics:
businesspalo altomarijuanaelon muskteslabusinessmoneystockselectric vehiclesstock marketmental health
Copyright © 2020 KGO-TV. All Rights Reserved.
RELATED 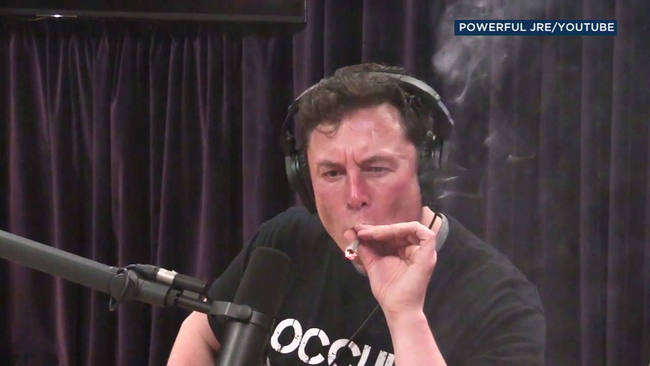 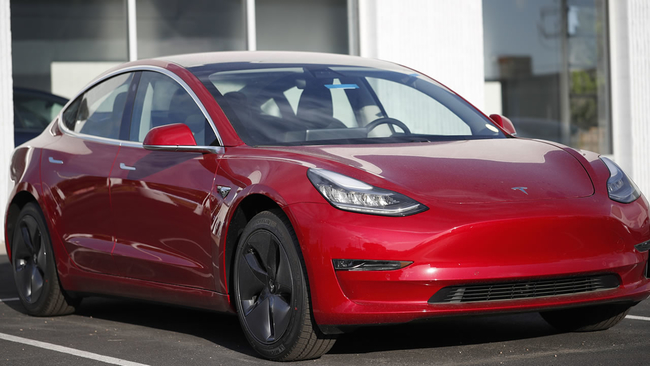 Tesla fends off reports that customers are canceling Model 3 pre-orders
Will Tesla be around for that much longer? Elon Musk, stock drops, Tweet scares
TESLA