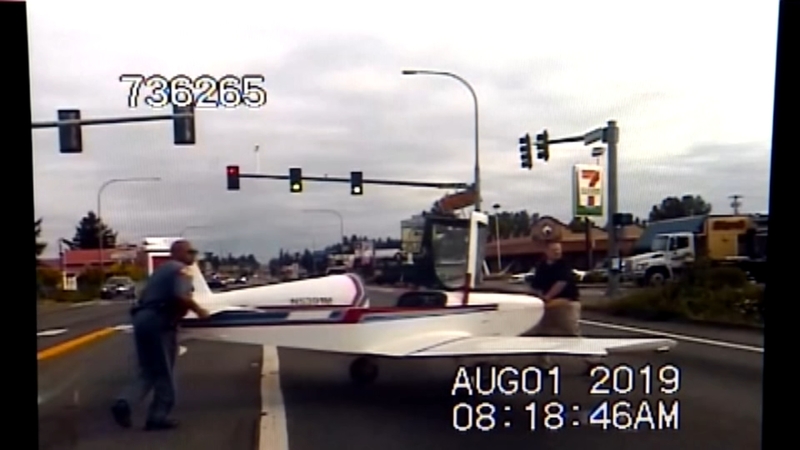 PARKLAND, Wash. -- A Washington State trooper says he has never had a traffic stop in his 20-year career like the one he had Thursday morning.

Trooper Clint Thompson responded to the scene in Parkland when a pilot turned a busy highway into a runway after needing to make an emergency landing.

Trooper Thompson says he noticed the pilot struggling and simply turned on his cruiser lights to make room on the road.

"So I'd like to thank the trooper for what he did, probably saved me from either serious injury or death and somebody else from getting in a car crash with a plane," Acklam said.

The plane made a halting stop just short of a busy intersection.

Acklam and Thompson managed to push the light plane off the state route and into a safe place with everyone breathing a sigh of relief.