"I'm overwhelmed and blessed to see the impact this young man had on these kids," said Kimberlea Oloruntoba, whose 17-year-old son Dakarai Fagorala and his friend, 18-year-old John Walizada were killed in a terrible car crash that happened as they drove back to Antioch from San Francisco Sunday after a party.

The mother of 17-year-old fatal crash victim Dakarai Fagorala says she forgives the driver, suspected of a DUI, who veered off Highway 24 in Walnut Creek, killing two of her passengers.

The car careened off a freeway flyover in Walnut Creek.

"It's so painful. I really don't know what to say," said Dakarai's stepdad Mark.

The driver of the car, Ramya Ramey, 18, is facing felony DUI charges. Two other passengers were badly injured but survived.

The group of friends had recently graduated from Deer Valley High School.

Many of Dakarai's friends are dealing with a painful loss, including Reggie Swift. "He was a great athlete. He kept everybody happy."

Dakarai's mother says she has no ill will against the young driver. She knows her son was loved and will always be remembered.

"I've seen a lot of RIP vigils. I know my son and John have their wings together," said Oloruntoba. 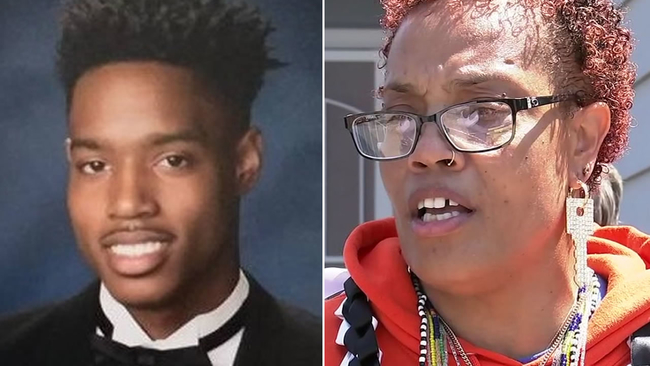